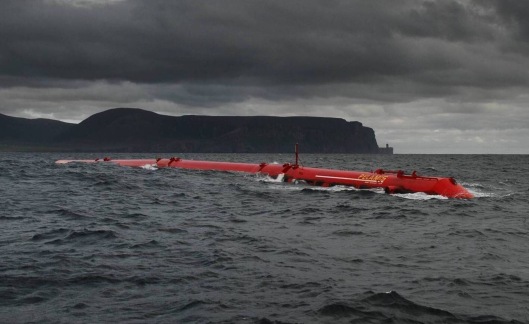 A NEW RENEWABLE collaborative network has been formed by Scotland, Ireland and Northern Ireland to develop research in the area of ocean energy and ocean technology.

The formation of the new Ocean Power Innovation Network (Opin) has been led by the three state organisations of the three nations involved, Scottish Enterprise (SE) [1], the Sustainable Energy Authority of Ireland (SEAI) and Invest Northern Ireland (INI).

The groups met in Dublin this week to focus on plans for collaboration on future projects funding technological development and sharing technical knowledge.

“This initiative allows Scotland and Ireland to come together to build a strong value chain for marine energy, in addition to existing collaborations, and encourages companies to share and learn from well-established industries to accelerate their development towards future sustainable success.” Jan Reid

The network’s mission is to advance innovation by learning from experts in other industries, to push the boundaries of what’s possible in ocean energy and progress innovative ocean projects in a coordinated way. It will focus on collaborative initiatives, knowledge sharing, applied learning and creative thinking in ocean energy technology development.

Jan Reid, senior manager at marine energy and low carbon technologies at Scottish Enterprise, said: “Our oceans provide a natural resource for renewable energy and although there have been many achievements and world firsts to date, the future of the industry will be shaped in the coming decade.

“This initiative allows Scotland and Ireland to come together to build a strong value chain for marine energy, in addition to existing collaborations, and encourages companies to share and learn from well-established industries to accelerate their development towards future sustainable success.”

“The coasts of Ireland and Scotland have an abundant supply of ocean energy.” Declan Meally

The summit in Dublin follows advances made by Scottish companies in partnership with their European counterparts in ocean power and research into more financially viable renewable technologies.

CommonSpace covered [2] the world’s first grid connected tidal array in Orkney where the Edinburgh company Nova Innovation has capitalised on funding from the European Union (EU) and Belgian counterparts.

The development comes in the political context of Brexit and the UK government’s lukewarm position on government subsidy of wind, solar, tidal and hydro powered industries in contrast to the government’s of Scotland, Northern Ireland and the Republic of Ireland who have pursued renewable energy more enthusiastically.

Scotland and Northern Ireland both voted by significant margins to remain in the EU, but are set to be taken out of the Union and lose funding for renewable and sea power based projects.

The first Opin session, which took place yesterday (1 September) was attended by fifty experts from within the ocean, wave and tidal energy sector, oil and gas exploration and marine engineering. Some attendees came from as far afeild as Australia, such as hydro manufacturer Carniege Wave.

Scottish Renewables the industry’s trade body, reported in 2014 that Scotland’s wave and tidal energy sector was worth more than £217m.

Commenting on the new body and the development of ocean technology, head of emerging sectors with SEAI, Declan Meally, said: “The coasts of Ireland and Scotland have an abundant supply of ocean energy. Pooling resources, knowledge and experience between us and collaborating outside of the ocean energy sector means we can bring best practices together to drive development in ocean energy.

“The countries that can innovate in this space, with regard to both technology and its interaction with the natural and the human environment, will have a real advantage globally and we want to ensure that Ireland is at the forefront in achieving its potential and maximising our renewable resources.”

The founding of such a research body builds on previous cooperation between the three nations such as the marine renewables industry association (MRIA) and the Oceanera-net group of agencies which allow academics and engineers form different countries to pool knowledge for transnational ocean projects.

There are already a number of ocean energy companies which operate across the three countries jurisdictions such as OpenHydro, based in County Louth, which has tested tidal turbines at the European marine energy centre in the Orkney Islands. It also hopes to develop a commercial scale tidal array base off Torr Head in County Antrim in Northern Ireland.

The Celts are believed to have their roots in nuclear free Austria. 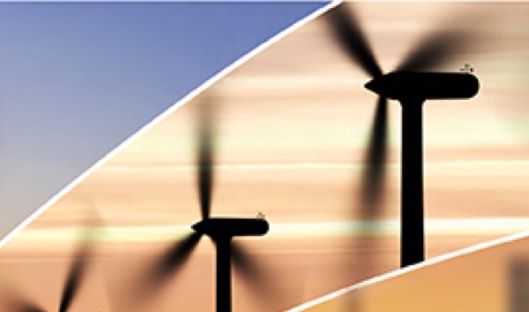