“Japan court upholds reactor shutdown in new blow to nuclear industry
Tue Jul 12, 2016 3:13am EDT
TOKYO (Reuters) – A Japanese court on Tuesday upheld an order to keep two reactors operated by Kansai Electric Power closed, the utility said, helping keep efforts to get the country’s struggling nuclear industry up and running in limbo.” http://feeds.reuters.com/~r/Reuters/worldNews/~3/GGONGR45S30/us-japan-nuclear-court-idUSKCN0ZS0IA According to the article Kansai Electric will challenge the decision in the Osaka High Court. However, an appeal may take around a year.

Not only the Japanese, but Americans and other members of the nuclear suicide pact called “Convention on Supplementary Compensation for Nuclear Damage” or CSC, should be grateful for these nuclear shutdowns, especially since they will have to pay for future Japanese Nuclear disasters, as taxpayers and/or ratepayers. The CSC by making a corporate liability pool, paid only after an accident, encourages the selling of defective nuclear equipment, by its design. It apparently allows the selling of defective components by non-member countries, such as France and Russia, with no liability at all. Since it is based on installed nuclear capacity, the US and Japan will pay most of the CSC cost, including for any French and Russian defects leading to disaster in member countries. Both France and Russia are believed to have sold defective nuclear parts around the world. France and Russia’s State owned companies (Areva, EDF, Rosatom) will gleefully count their money, all while their State owned media blame the woes of the world upon US imperialism, whereas US stupidity and corruption appear a more apt description. US DOE chief Moniz, whose wife is Japanese (Naomi Hoki), may have made it retroactive so that the US helps with the Fukushima clean-up.[2] Thus, CSC is an economic and environmental suicide pact, put into place by corrupt and/or stupid leaders.

Takahama Nuclear Reactors are on the Sea of Japan and face Korea, China and Russia’s Far East, thus representing a particular risk to these locations. (The Russian State and their oligarch buddies actively exploit the resources and environment of the Russian Far East, so would shed few tears, unless it slowed down their exploitation of oil, gold, etc.)

“Local residents had sought an injunction against the No. 3 and 4 reactors at Takahama, arguing that restart plans underestimated earthquake risks, failed to meet tougher safety standards and lacked credible evacuation measures.” [1]

“The Takahama Nuclear Power Plant (高浜原子力発電所 Takahama hatsudensho?, Takahama NPP) is a nuclear power plant located in the town of Takahama, Ōi District, Fukui Prefecture. It is owned and operated by the Kansai Electric Power Company. It is on a site with an area of 1.6 km2.[1]”
http://en.wikipedia.org/wiki/Takahama_Nuclear_Power_Plant

“The Kinki District has many active faults with high occurrence probabilities, such as the Biwako-seigan, Uemachi, Nara-bonchi-toen, Yamasaki fault zones, and they have a noticeable influence.” Report: ‘National Seismic Hazard Maps for Japan (2005)’ March 23, 2005 Earthquake Research Committee Headquarters for Earthquake Research Promotion

“The Kansai region (関西地方 Kansai-chihō?) or the Kinki region (近畿地方 Kinki-chihō?) lies in the southern-central region of Japan’s main island Honshū.[2] The region includes the prefectures of Mie, Nara, Wakayama, Kyoto, Osaka, Hyōgo, and Shiga. Depending on who makes the distinction, Fukui, Tokushima and even Tottori Prefecture are also included. While the use of the terms “Kansai” and “Kinki” have changed over history, in most modern contexts the use of the two terms is interchangeable. The urban region of Osaka, Kobe and Kyoto (Keihanshin region) is the second most populated in Japan after the Greater Tokyo Area.” http://en.wikipedia.org/wiki/Kansai_region 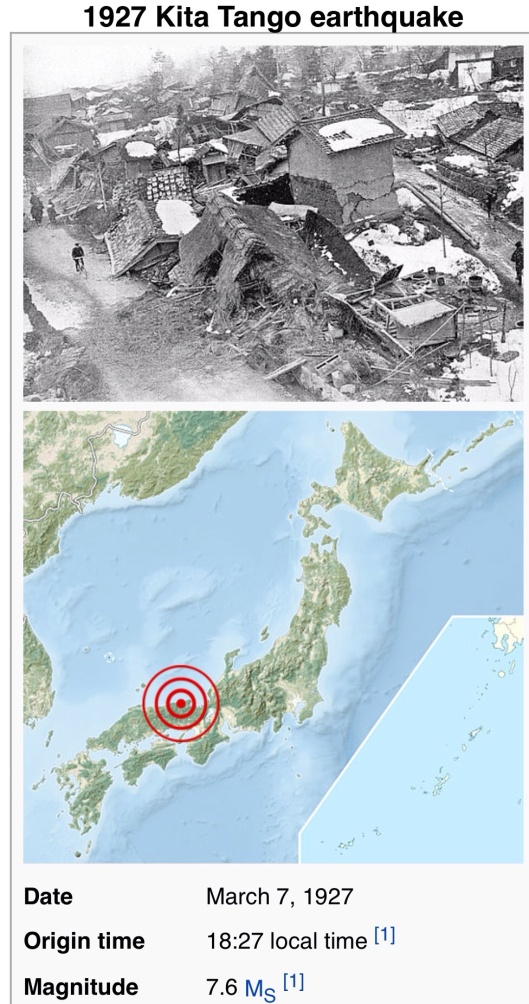 [1] “UPDATE 3-Japan court halts restart of two reactors in blow to nuclear sector
Posted:Tue, 14 Apr 2015 09:18:09 GMT
* Ruling raises questions over Japan’s new nuclear safety regime” http://feeds.reuters.com/~r/reuters/USenergyNews/~3/6sBCuI6yeqw/story01.htm
[2] This is from a statement by DOE head Moniz. His Japanese wife, Naomi Hoki, was born in Brazil. It’s hard to tell what he is up to. It may be about keeping his apparent French friends at Kurion at Fukushima with no liability if their products cause a problem. US EnergySolutions is also at Fukushima. Or, maybe the US taxpayer will pay for their presence? Who knows what he is up to, but people need to start asking: “Japan also has an opportunity to lead by ratifying the Convention on Supplementary Compensation for Nuclear Damage or CSC. Japan’s ratification of the CSC will bring the convention into force and facilitate U.S. commercial participation in Fukushima cleanup and decommissioning, and of course it will facilitate our U.S. and Japanese activities in international nuclear commerce. It will also set a leadership example for other countries in the Asia-Pacific region and around the world, and reinforce the CSC as a global nuclear liability norm. I believe that, as in so many other areas, Japan and the U.S. are fundamentally aligned on these issues and will move forward together.”
[…]
“The Department of Energy, within days of the accident, sent a team of 34 experts and more than 17,000 pounds of equipment in support of the efforts to manage the crisis. We deployed our Aerial Measuring System and Consequence Management Response Teams to assist the Government of Japan with radiation measurements. And our Environmental Management team has leveraged and made available the experience and technology from the Department of Energy and our national laboratories to the Tokyo Electric Power Company, TEPCO, for its decommissioning activities, including groundwater management and treatment and disposal of contaminated water. Our national laboratories have established a direct relationship with TEPCO to provide analysis and experts to support these efforts. We expect the relationship in the area of decommissioning between TEPCO and our national laboratories to expand and deepen in the coming years.” http://energy.gov/articles/secretary-monizs-remarks-us-japanese-cooperation-tokyo-japan-delivered

Earthquake Maps: http://wwwold.j-shis.bosai.go.jp/j-shis/index_en.html (Note that these are not completely up to date and exclude some important faults. Some of these important faults may be small and only seen upon zoom in, or not at all. There is always much debate in Japan, as well as in the US, as to whether faultlines within meters-yards or under nuclear reactors are “active” or not. New ones are constantly revealed – either they were unknown or not admitted to.)