The US NRC states that defective breakers may keep the Standby Gas Treatment System, which “limits release to the environment of radioisotopes…under accident conditions” from doing its job.

However, there are so many of these breakers that they might also keep the routine radiation filtration from working, which while incomplete is still more protective than no filtration. And, defective breakers may create conditions leading to a nuclear disaster. With so many potentially defective breakers, almost anything could happen. 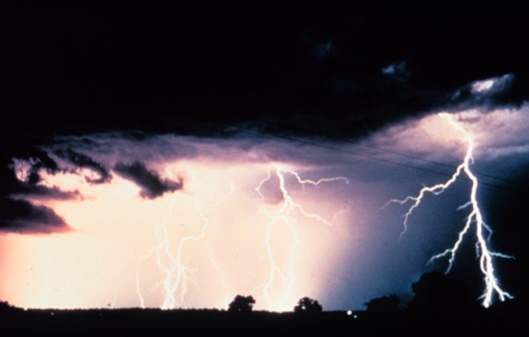 Most likely these defective breakers allowed the outage during an electrical storm earlier this year, and a loss of coolant which could have led to a meltdown. “A circuit breaker is an automatically operated electrical switch designed to protect an electrical circuit from damage caused by overcurrent or overload or short circuit.” https://en.wikipedia.org/wiki/Circuit_breaker In the context of a power station, however, breakers can also act as parts of routine control systems. https://miningawareness.wordpress.com/2016/02/18/lightening-scrammed-nuclear-reactor-lost-cooling-off-for-weeks-on-again-now-off-usnrc-inspection/

“Square D/Schneider Masterpact 480V breakers were installed at the River Bend Station … [which] has 310 in-use Masterpact breakers. There are 66 safety-related 480V cubicles with 57 in-use breakers“. http://www.nrc.gov/docs/ML1604/ML16047A268.pdf See too: https://miningawareness.wordpress.com/2016/05/13/defective-us-nuclear-breakers-by-schneider-electric-of-france-schneider-appears-involved-in-french-nuclear-parts-scandal-as-original-owner-of-le-creusot-forge-too/ (See list of nuclear power stations with these Schneider breakers at the link above)

Boycott Schneider Electric and prepare yourself for radioactive Freedom Fries if these defective breakers are not replaced or the old rattle-trap nuclear reactors shut-down.

According to the US NRC events notification: “existing design inadequacy could prevent both trains of the Standby Gas Treatment System (GTS) from performing its design function. Under certain specific conditions, the installed Masterpact breakers may not close to allow energization of the filter train exhaust fans… The Standby Gas Treatment System (GTS) limits release to the environment of radioisotopes, which may leak from the primary containment, ECCS systems, and other potential radioactive sources to the secondary containment under accident conditions… Further review has determined that the design inadequacy discussed in EN #51928 could adversely effect the ability of the main control building heating, ventilation, and air conditioning (HVAC) system to perform its design safety function” http://www.nrc.gov/reading-rm/doc-collections/event-status/event/2016/20160518en.html
Masterpact was designed by Merlin Gerin of France around the time Merlin Gerin was taken over by Schneider of France.

What was Schneider chosen by NLI [Nuclear Logistics Inc] for nuclear power stations across the USA? Schneider seems to have a long-standing track-record of defects, which are especially unacceptable for Nuclear Power Stations. [Update note – AZZ bought NLI in 2012.]

Some of the ongoing problems with the Masterpact Breakers appear to be exacerbated where they have replaced US GE, rather than Swedish-Swiss ABB breakers. Why did they put French Schneider breakers rather than (US) GE ones in an old GE plant? “Square D/Schneider Masterpact 480V breakers were installed at the River Bend Station to replace the obsolete General Electric Type AK and AKR breakers. The River Bend Station has 310 in-use Masterpact breakers. There are 66 safety-related 480V cubicles with 57 in-use breakers“. http://www.nrc.gov/docs/ML1604/ML16047A268.pdf

“The Standby Gas Treatment System (GTS) limits release to the environment of radioisotopes, which may leak from the primary containment, ECCS systems, and other potential radioactive sources to the secondary containment under accident conditions.

“At 1240 [CDT] May 13, 2016, one division of GTS, GTS ‘A’, was manually started from the Main Control Room. This action prevents the breaker failure mode, restored the operability of one train and restored the safety function of the GTS system. LCO 3.6.4.3 Condition A (restore Operability in 7 days) is currently entered for Standby Gas Train ‘B’. During the 40 minutes of inoperability, both trains of Standby Gas remained available. At no time was the health or safety of the public impacted.

“This condition is being reported in accordance with 10CFR50.72(b)(3)(v)(C) as an event that could have caused a loss of safety function to control the release of radioactive material. The Senior NRC Resident was notified.”

* * * UPDATED AT 1341 EDT ON 05/17/16 FROM DAN PIPKIN TO RICHARD SMITH * * “Further review has determined that the design inadequacy discussed in EN #51928 could adversely effect the ability of the main control building heating, ventilation, and air conditioning (HVAC) system to perform its design safety function, based upon a particular sequence of events occurring within a short window of time (approximately 75 milliseconds). River Bend has implemented compensatory actions to ensure operability of the main control building HVAC system.” The Resident Inspector has been notified by the licensee.
Notified the R4DO (Miller” http://www.nrc.gov/reading-rm/doc-collections/event-status/event/2016/20160518en.html

“The River Bend Station uses Masterpact 480 VAC circuit breakers as a replacement for obsolescent GE AK/AKR series breakers. Masterpact breakers were first installed for safety-related applications in 2007 and have experienced three different types of failures:
1. Internal, mechanical binding during anti-pump mode – This is the failure mechanism that occurred on HVK chiller 1C on March 9, 2015. Overall, the station determined the failure mechanism caused nine breaker failures since 2007 and may have contributed to an additional six failures where a definitive cause could not be determined.

3. Position switch (52PS) linkage rod misaligned – This failure has only occurred once at the River Bend Station and is the failure mechanism that occurred on HVK AHU 1B on March 9, 2015. This position switch changes state based on whether the breaker is racked to the connected position or not. Because of the misalignment, the 52PS contact in the breaker did not change state, and the breaker cubicle did not have control power. The failure of AHU 1B to start is unrelated to the internal mechanical binding failure mechanism discussed in Section 2.6.b. As a corrective action, the licensee adjusted the control rod to be 1/8” longer to ensure proper position switch fit-up for all 32 Masterpact breakers that were vulnerable to this failure mechanism. This fit-up verification has been added to preventative maintenance tasks, system drawings, and to procedures for spare cubicles. The licensee also initiated Condition Report CR-RBS-2015-1922.

The team noted that the licensee correctly initiated condition reports for the spurious trip of a closed Masterpact breaker and the misaligned 52PS linkage rod. For these one-time failures, the team did not identify any performance deficiencies.

“The fabrication drawing for the primary disconnect fingers had an incorrect tolerance. If the fingers are made with a dimension at the low end of the specified tolerance, there will be interference with a mating part. This reduces or eliminates the vertical float for the fingers. If the cradle is installed in a switchgear cubicle with vertically misaligned bus stabs, the disconnect fingers may have inadequate contact pressure. This condition may result in a higher than normal contact resistance from the cubicle stab to the cradle primary disconnect. The higher contact resistance at any one finger contact could cause an unacceptable temperature rise at that connection point. At very high temperatures, the springs that maintain the finger contact pressure could relax, which would further increase the connection resistance and cause additional overheating.” http://www.nrc.gov/reading-rm/doc-collections/event-status/event/2014/20140227en.html

These are not all. There were more. Some pre-date the choice of Schneider for replacement parts at nuclear power stations across the country:

“Schneider Electric Recalls PowerPact J-Frame Circuit Breakers Due to Fire, Burn, Electrical Shock Hazards
Recall date: DECEMBER 18, 2014
Recall number: 15-050
Name of product
Circuit breakers
Hazard:
The circuit breaker will not trip during an overload condition, posing a risk of fire, burns and electrical shock.
Consumer Contact:
Schneider Electric USA at (800) 634-8730 any time or online at http://www.schneider-electric.com and click on Customer Notifications for more information.”
http://www.cpsc.gov/en/Recalls/2015/Schneider-Electric-Recalls-PowerPact-J-Frame-Circuit-Breakers/
See more or do search for Schneider Electric at the above recalls link: http://search.cpsc.gov/search?q=Schneider+Electric&btnG=Google+Search&filter=0&output=xml_no_dtd&getfields=*&client=CPSC_frontend&proxystylesheet=CPSC_frontend&sort=date:D:L:d1&wc=200&wc_mc=1&oe=UTF-8&ie=UTF-8&ud=1&exclude_apps=1&site=en_us.public_site&ulang=en&ip=178.39.206.251&access=p&entqr=3&entqrm=0&start=10

Schneider has owned Square D since 1991. In 1999 there was a recall “Electric Meter Boxes Recalled by Square D Co” noting “When these CSEDs are installed and electrical power supplied, electrical arcing can occur, posing a risk of shock, electrocution and electric burn.” http://www.cpsc.gov/en/recalls/1999/electric-meter-boxes-recalled-by-square-d-co/

“CPSC, Square D Company Announce Recall of Circuit Breakers
FOR IMMEDIATE RELEASE
August 9, 2002
Alert #02-556
PRODUCT: Circuit Breakers – Square D Company of Palatine, Ill., is voluntarilly recalling about 40,000 MA/MH circuit breakers manufactured between October 2000 and March 2002 for between $3,000 to $9,000.  PROBLEM: The circuit breakers may have an incorrect torque load applied to the lug mounting screws. This could cause the clamping load between the lug and the circuit breaker terminals to be lower than specified, resulting in a high temperature condition. Products could overheat causing a fire hazard.  INCIDENTS/INJURIES: None reported.  WHAT TO DO: Contact Square D for a free repair. Repairs will consist of verifying proper screw torque and tightening all screws that do not meet the required torque specifications. For more information, call (800) 634-8730 between 8 a.m. and 4 p.m. PT Monday through Friday.” http://www.cpsc.gov/en/Recalls/2002/CPSC-Square-D-Company-Announce-Recall-of-Circuit-Breakers/

Some of their products were allegedly counterfeited: https://www.lanl.gov/safety/electrical/docs/counterfeit_squared_circuit_breakers.pdf
Alleged counterfeiting as far back as 2006. But, the issues appear similar to the non-counterfeited ones:
“Scott Electric Co. Inc. Recalls Counterfeit Circuit Breakers Due To Fire Hazard
FOR IMMEDIATE RELEASE
November 16, 2006
Release #07-036
Name of Product: Counterfeit “Square D” Circuit Breakers
Units: About 30,000
Distributor/Retailer: Scott Electric Co. Inc., of Greensburg, Pa.
Hazard: The recalled circuit breakers labeled “Square D” are counterfeit and might not trip when they are overloaded, posing a fire hazard to consumers”
http://www.cpsc.gov/en/recalls/2007/scott-electric-co-inc-recalls-counterfeit-circuit-breakers-due-to-fire-hazard/

Schneider Electric has had recalls in Australia, as well. In 2005, this predates the installation of Schneider Equipment at River Bend Nuclear Power Station:
“Schneider Electric—Circuit breakers with earth leakage current and overload protection” “Sold under the brand names Merlin Gerin and Square” What was the problem? “The circuit breaker may fail to open as designed when an earth leakage fault is detected.” What are the dangers? “Electrocution. Personal injury or death.” Read the recall notice here: https://web.archive.org/web/20160311044258/http://www.recalls.gov.au/content/index.phtml/itemId/954101

“A circuit breaker is an automatically operated electrical switch designed to protect an electrical circuit from damage caused by overcurrent or overload or short circuit. Its basic function is to interrupt current flow after protective relaysdetect a fault. Unlike a fuse, which operates once and then must be replaced, a circuit breaker can be reset (either manually or automatically) to resume normal operation. Circuit breakers are made in varying sizes, from small devices that protect an individual household appliance up to large switchgear designed to protect high voltage circuits feeding an entire city. The generic function of a circuit breaker, RCD or a fuse, as an automatic means of removing power from a faulty system is often abbreviated to ADS (Automatic Disconnection of Supply).” https://en.wikipedia.org/wiki/Circuit_breaker
In the context of a power station, however, breakers can also act as parts of routine control systems, says an expert.