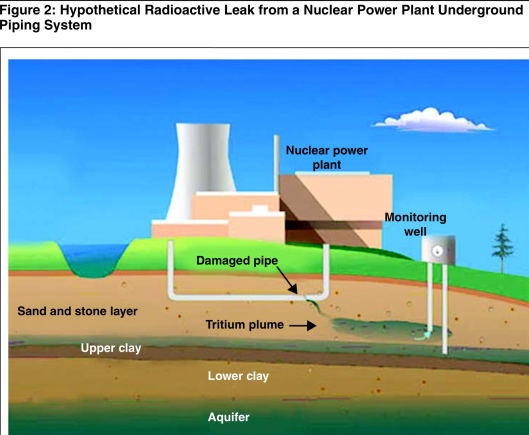 US NRC Schematic from the GAO Report
According to the US Government Accountability Office:
“All U.S. nuclear power plant sites have had some groundwater contamination from radioactive leaks, and some of these leaks came from underground piping systems…
GAO recommends that NRC periodically assess the effectiveness of the groundwater initiative and determine whether structural integrity tests should be included in licensee inspection requirements, when they become feasible, based on industry research…. Since 2008, NRC has been collecting data from licensees on groundwater contamination incidents at nuclear power plants that have resulted from unplanned or uncontrolled releases of radioactive material, including leaks from underground piping systems. Based on these data, NRC has concluded that all 65 reactor sites in the United States have experienced a leak or spill of radioactive material into groundwater. NRC estimates that between 10 and 20 percent of groundwater contamination events at nuclear power plants can be attributed to leaks from underground piping systems.” [So, where is the rest from? Intentional Dumping? Airborne Effluents falling to the ground? Or?] “7 Figure 2 provides a diagram of a hypothetical underground piping system leak at a nuclear power plant. In addition, NRC data suggest that groundwater contamination events have been more prevalent during the last several years; however, the agency attributes this apparent increase to the nuclear industry’s enhanced monitoring efforts and increased reporting of leaks during the same time period.” http://www.gao.gov/new.items/d11563.pdf 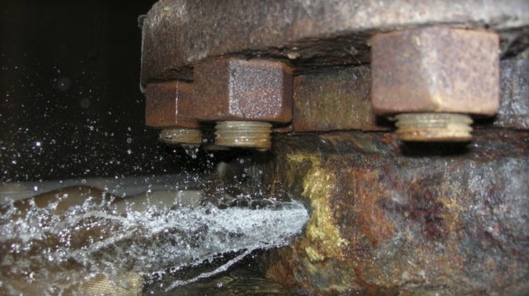 US NRC Photo of Byron Pipe Leak
“The Nuclear Regulatory Commission has begun a special inspection at the Byron Nuclear Power Station to review the circumstance surrounding the corrosion of piping in the equipment cooling water system and subsequent leak in one pipe. The two-reactor station, which is located near Byron, Ill., is operated by Exelon Generation Co.” [Exelon was Major Obama campaign donor]

“As a result of the leakage, reactor operators shut both reactors down on Friday, Oct. 19, to repair the leak and inspect similar pipes. The pipes carry water from the plant where it is used for cooling of essential safety equipment back to basins under fan-driven cooling towers. Other systems provide cooling water to the reactors.

The NRC inspectors will review the utility’s previous inspections of the eight similar pipes in the system, called the essential service water system. Corrosion had previously been observed on the exterior of the pipes and plant workers were performing further inspections and tests when the leak developed. The cooling water carried by the pipes is not radioactive.

“The inspection team will consider the utility’s handling of the pipe corrosion and the decision-making which led to the shut down of the two reactors,” said James Caldwell, NRC Region III Administrator. “Our resident inspectors were onsite during the reactor shutdown, and reported that all safety systems functioned normally during the shutdown.”

The NRC team will also monitor the utility’s ongoing analysis of the pipe corrosion and leakage and any repair activities. (US NRC, Oct. 2007: http://adamswebsearch2.nrc.gov/webSearch2/view?AccessionNumber=ML072960643 )

The GAO Report was in 2011 and so means that between 2008 and 2011 that the US NRC found groundwater contamination at all nuclear power stations. No person who is over a certain age, or has a house over a certain age, would imagine that the corroded pipe problem would get better. This situation is exacerbated by location of nuclear power stations on coastal areas and rivers, and increased corrosion caused by ionizing radiation.

On February 6, 2016, NY Governor Cuomo stated: “Yesterday I learned that radioactive tritium-contaminated water leaked into the groundwater at the Indian Point Nuclear facility.  The company reported alarming levels of radioactivity at three monitoring wells, with one well’s radioactivity increasing nearly 65,000 percent. The facility reports that the contamination has not migrated off site and as such does not pose an immediate threat to public health…. The levels of radioactivity reported this week are significantly higher than in past incidents.  Three of forty monitoring wells registered alarming increases.  In fact, one of the monitoring well increased nearly 65,000 percent from 12,300 picocuries per liter to over 8,000,000 picocuries per liter.” (New York Governor Cuomo, Saturday, 6 Feb. 2016 , Press Release)

8,000,000 picocuries is 296,000 Becquerels (i.e Radioactive disintegrations (shots) per second). It’s impossible to even imagine this 296,000 radioactive shots to your cells per SECOND. Any improperly repaired damage may lead to cancer or inheritable damage. However, unlike with a gun, it may take decades or even generations for the damage to be known.

According to Los Alamos Nuclear Lab, severe genetic damage, more likely induced by ionizing radiation, may be especially hard to repair, and hence particularly dangerous: “Although single-strand breaks, abasic sites, and base alterations are induced by both ionizing radiation and normal metabolic processes, one particularly dangerous type of DNA lesion, the double-strand break, is induced preferentially by ionizing radiation“. (Number 23 1995 Los Alamos Science, p. 77)
Read the Press Release and what US nuclear labs have to say about how dangerous tritium is here: https://miningawareness.wordpress.com/2016/02/07/nuclear-terrorism-296000-radioactive-shots-per-second-bq-per-liter-of-water-34-oz-near-entergys-indian-pt-nuclear-power-station-compare-to-m134-gun-at-100-rounds-per-second/

What the GAO (p. 8) says about acceptable contamination levels is misleading on multiple counts. The 20,000 pCi (740 Bq) allowed in groundwater is if, and only if, the tritium is the ONLY Beta-Photon emitter. As well, even fairly short-lived tritium (Half-life around 12 years) will stay in the environment for almost 200 years, and thus accumulates somewhere. 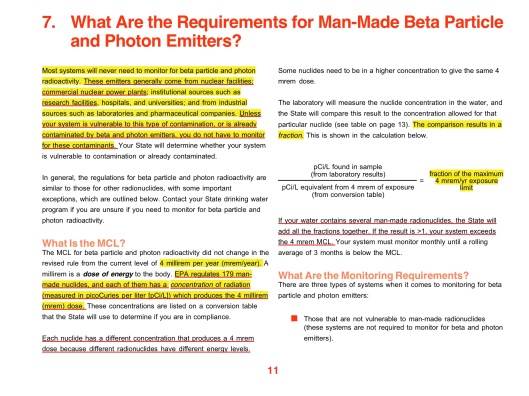 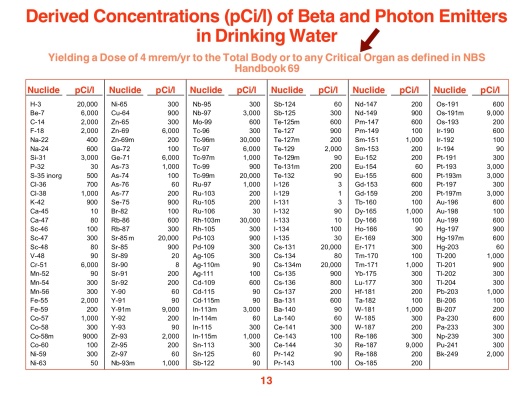 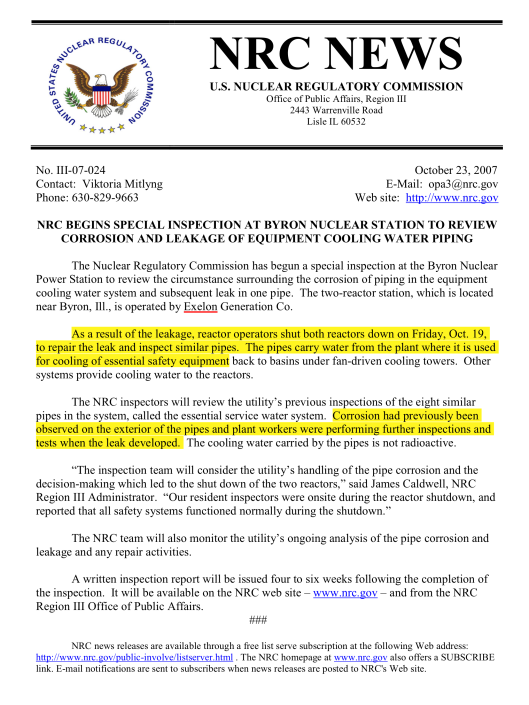