These nuclear power stations are still under construction and, yet, are already suffering from dangerous corrosion, presumably due to substandard steel. Radiation in operating reactors speeds up corrosion. This is part of a laundry list of defects reported at these sites, since the beginning of last September (see US NRC list below). Were they found because CB&I just “bailed out” and sold its nuclear construction business to Westinghouse (now a Toshiba subsidiary)? “Jan. 4, 2016 /PRNewswire/ — CB&I (NYSE: CBI) today announced it has completed the sale of its nuclear construction business to Westinghouse Electric Company LLC effective Dec. 31, 2015. “We have completed all of the required closing requirements and have transferred total responsibility for the Stone & Webster nuclear construction business to Westinghouse,…,” said Philip K. Asherman, CB&I’s President and Chief Executive Officer.” Read more here: http://www.prnewswire.com/news-releases/cbi-completes-sale-of-nuclear-construction-business-to-westinghouse-300198412.html

How many defects have not been found and not corrected? While we were unable to find the source of the apparently defective/substandard steel, we did find that there was alleged cheating in welding tests at the Lake Charles Louisiana fabrication site. “On August 7, 2013, OI issued its report of investigation (OI Report No. 2-2011-036). The investigation related to a nuclear modular construction site located in Lake Charles, Louisiana, currently operated by CB&I and formerly known as Shaw Modular Solutions, Inc. (SMS). Based upon evidence developed during its investigation, the NRC identified an apparent violation of 10 CFR 52.4, “Deliberate misconduct,” involving former SMS employees who deliberately subverted welder qualifications requirements when: (1) A welder took a welder qualifications test on behalf of a coworker; (2) the coworker allowed the welder to take the qualifications tests on his behalf; and (3) the weld test administrator certified that the coworker passed his welder qualifications tests when he knew that the tests were performed by another person.” http://www.regulations.gov/#!documentDetail;D=NRC-2014-0218-0001 Explains the Westinghouse modular system: http://files.asme.org/Events/NTS2011/28766.pdf

While one can but shudder at the idea of South Louisiana making nuclear reactor parts, it’s not like the Japanese have a good industrial track record these days with things like the ongoing Fukushima disaster and faulty air bags. Defective Japanese cars used to be rare. Now Japanese industrial defects appear to be something which can be counted on.

The following information is summarized from notification received by WECTEC LLC via email:
“[This report] provides a report in accordance with 10 CFR 21.21 pertaining to deviations of piping penetration sleeves for Vogtle Unit 4 and V. C. Summer Unit 3 AP1000r projects.

“During inspection of the listed piping penetration sleeves, corrosion was found. It has been conservatively determined that the penetrations could have failed if they were used in the corroded condition. Therefore, it is conservatively concluded that if left uncorrected this condition could have caused a substantial safety hazard for the V. C. Summer and Vogtle AP1000r projects.
“Name and address of the individual or individuals informing the Commission.
Deborah A. Gustafson, Vice President of Engineering, WECTEC LLC , 128 S. Tryon St., Suite 1000 Charlotte, NC 28202” http://www.nrc.gov/reading-rm/doc-collections/event-status/event/2016/20160204en.html

Poorly fitted sleeves appear to be a source of mice in some homes. But, in industry – especially the nuclear industry – they may be dangerous and even lethal.

While the above are apparently not from the nuclear industry, the pictures below are reportedly from a nuclear power station – possibly a still operating nuclear reactor, believed to be French owned in the UK or France (probably Scotland). These are part of a series of pictures which were leaked to an (in)famous “leaks” organization, which appears only interested in embarrassing US politicians rather than leaking important things of life and death importance. If these pictures are legitimate, they are too urgent to vet for weeks. The role of a leaks organization is not to vet, thus raising the question of their funding source and true objectives. Even Russian media is better at criticizing the nuclear industry, as long as it’s not the Russian nuclear industry. 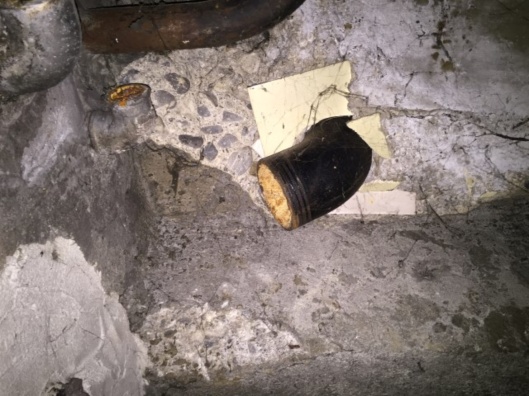 WHERE ARE THE PIPE SLEEVES?

The following sleeve issues, listed at Wikipedia, could be relevant for nuclear power stations:
“For cables …. wall/deck penetration sleeve to avoid any damage to cable from material shifting on deck.

For wall penetrations it can be a type of strengthening.

Together with packing it helps to protect from fire spread from one room to other.”

Sleeves can be made of:
sections of steel pipe
plastic
sheet metal
proprietary devices that are listed firestop components

Sleeves must be sized such as to adequately allow the passage of the intended penetrant(s) plus enough room to permit the practical installation and mounting of the penetrants as well as adequate room for firestops. A general practice is to size the sleeve two NPS (pipe sizes) up from the diameter of the penetrant. For example, a 4″ pipe, with 1″ of thermal insulation makes a 6″ penetrant (1″ pipe covering on each side of the pipe), plus two pipe sizes = an 8″ sleeve, creating a 1″ annulus.

In case of insulated piping, the size of the insulation must be taken into account for the intended firestop certification listing.

Metallic sleeves are heatsinks in the firestop that follows the mounting of the penetrants. Maximum and minimum tolerances for wall thicknesses must be taken into account prior to casting. Heatsinks can affect T-ratings. Organic sealants used for topcaulking in firestops may let go of the sleeve if it has conducted too much heat through to the unexposed side…
Plastic sleeves are usually removed after the concrete forms are stripped, as they contribute fuel to an accidental fire“. https://en.wikipedia.org/wiki/Sleeve_(construction)
See also: https://en.wikipedia.org/wiki/Penetrant_(mechanical,_electrical,_or_structural) 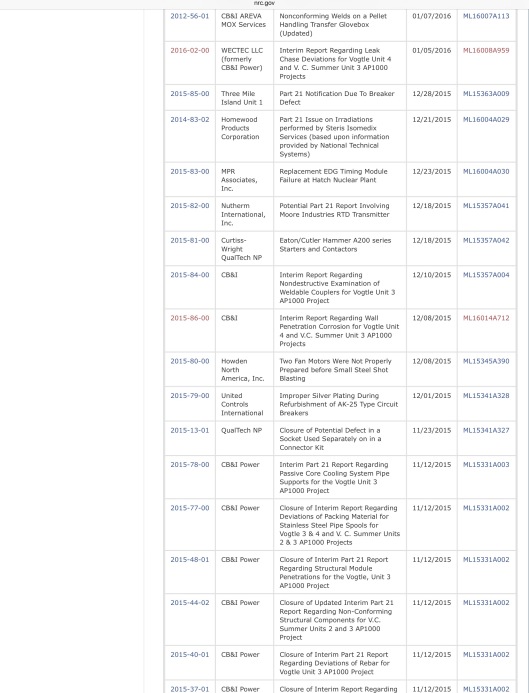 The Ref. [1] calculations were two-dimensional, so that loads exerted by the shell on the sleeve were uniform circumferentially and caused uniform sealing surface rotation (potentially a source of leakage) about a circumference drawn through the sealing surface. On that basis, the zone of influence of the shell to sleeve weld can be considered to be that part of the sleeve that is within one “wave length” of the weld, and a figure of merit ^IWL ^^” ^^ based on the number of wave lengths between shell-to-sleeve weld and sealing surface as compared to the amount of nearby elastic shell radial dilation at design pressure.

On the other hand, the Ref. [2] calculations were three-dimensional, so that loads exerted by the shell on the sleeve were not uniform but reflected the biaxial stress state in a cylindrical shell under pressurization. This loading caused sleeve ovalization, a potential source of leakage. Reference [2] states that the ovalization suggested “inextensional deformation,” and that the sleeve t/r ratio is a good indication of resistance to ovalization. Evidently inextensional deformation was intended to mean that ovalization at one point would be transmitted indefinitely along a sleeve, Ref. [3]. However, subsequent reviews indicated that indefinite transmission is too extreme a condition to expect, but that the wave length for non-uniform circumferential sleeve loading could very well be longer than the well-known wave length associated with uniform loading. Therefore, the aforementioned…”
“Characterization of Nuclear Reactor Containment Penetrations Final Report”
http://www.osti.gov/scitech/servlets/purl/5705460