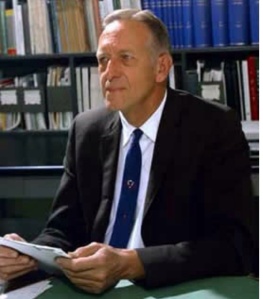 From Dr. Morgan interview:
“This attitude [for radiation safety] did not prevail, apparently, at some other places. Certainly it did not at Three Mile Island. Since I left the faculty at Georgia Tech, I’ve testified in over a hundred-fifty cases, trying to help people that have allegedly been injured by radiation. We won the Karen Silkwood case and Crumbeck case, and I was a sole witness [for the plaintiff when] we won in the Three Mile Island class-action suit.

But in most other cases, the AEC and DOE [have] called—[what was] then the Department of Justice [(DOJ)]; let me call it the “Department of Injustice” [to make false claims about radiation exposure] under some of the people there. They [(the DOJ employees)] actually bragged about the fact that they set up courses to train health physicists and lawyers on how to keep injured parties, injured from radiation, from getting any benefits! One of these was even held in Washington. I didn’t attend it, but I can point to some people that attended the lecture that [Don] Jose from the Justice Department gave. Imagine: the Department of Justice—which is supposed, according to our Constitution, to provide justice to the citizen—training lawyers and health physicists how to cheat the public! How to allow people to be used as guinea pigs rather than be a hindrance to some nuclear or military program!

I more recently have fought the NRC on the release of [radioactive] hydrogen [to the surrounding air]. All the people in the cities of Washington[, DC] and Philadelphia and Baltimore are guinea pigs, as you well know. I gave [the NRC] a letter [from me], showing how you can get rid of this tritium [that had contaminated the cooling water at Three Mile Island] in a safe manner.

But they used the most nefarious techniques to throw out my testimony, and they would not even hear it, until I went—at my own inconvenience—to Washington to testify. They accused me of being a crook when I sent the letter to them, showing these other ways that they could release this tritium from Three Mile Island in the water because there [was an unidentified summary attached to one of the enclosed references]. [There were] hundreds of thousands of curies of tritium; [my letter explained] how they could dispose of it, in a relatively benign manner.” (One Curie is 37 Billion Becquerels (i.e. Radioactive disintegrations (shots) per second)

“But they didn’t want to hear that. They would rather use you darned subjects in Washington and Philadelphia as guinea pigs. So they boiled [it away into the surrounding air], and you breathed it.

Tomorrow I have a visitor from the UK, and I’m sure I’ll have other interruptions in writing my book. If people could wait and read my book, they’d get some of the facts that you’d like to have now, maybe.73

But anyway, I sent in my letter [to the NRC] showing these other ways you could dispose of the tritium without using humans as guinea pigs. It would be a little more expensive, a little more trouble, but the exposure would be almost zero. I also indicated, as I recall in the letter, why tritium is far more hazardous than was agreed-to officially when I was chairman of the committee74 that set the standards for tritium and other radionuclides for 20 years, you see. So I wasn’t just talking out of the wind.

I sent this in, but I felt maybe I’d better send some backup information. So I grabbed, out of my library, a few folders and things and put them in a big envelope and sent them in. Inadvertently, one of these documents from the UK had a page on the back that summarized the document. It may have had some other information; but it wasn’t supposed to be there. They accused me of being a crook, because this document had this [summary] attached [as] the last page! They didn’t even go into any of [the scientific information I sent. They were very cruel and most hostile].

An advisor to the—I don’t know his position, I guess the court recorder there, or maybe the second stage of lawyers they had—was Dr. [L.S.] Taylor, who had been chairman of NCRP for many years, who [now] is on the other side of the fence. He used to be a very close friend. I don’t consider him an enemy now, but I disagree with him [vigorously] in his position. He was there advising them what to do—the only scientist there advising [what accusations to make]. But these twelve judges—who I [had] helped to select a year earlier, because I had been one of those to help select the judges of the NRC—they threw out my testimony and decided, “Well, it’s a lot cheaper to use you [people downwind] as guinea pigs.” I guess they’re through [sending this tritium into the air]; they’ve completed their [guinea pig] study on you folks, if you were [living] there [in Washington, DC].

They saved a lot of money in this decision. Tritium can cause leukemia as well as solid tumors, and the leukemias come in early, some even beginning in five years, the midpoint about 15 years. Some dribble in even as late as 30 years; but [for] solid tumors, probably the midpoint on them is 30 [years].” https://ehss.energy.gov/ohre/roadmap/histories/0475/0475d.html (Full reference and more below his short bio)
“They” would be the utility it seems. This boiling off was proposed and perhaps done already at Fukushima, Japan.

Dr. Morgan was born in Enochsville, North Carolina on September 27, 1907. He attended Lenoir-Rhyne College (Hickory, North Carolina), received B.S. and M.S. degrees (in Physics and Mathematics) in 1929 and 1930, respectively, from the University of North Carolina, and received his Ph.D. (Cosmic Radiation) in 1934 from Duke University (Durham, North Carolina). He is married and has four grown children.

Dr. Morgan began his career as a physics professor at Lenoir-Rhyne College (1934–1943), where he focused his work on cosmic ray research. In 1943, Dr. Morgan moved to Chicago to become a senior scientist in health physics for the Manhattan Engineer District. The following year, Dr. Morgan went to the newly formed Oak Ridge National Laboratory (formerly Clinton Laboratories) in Oak Ridge, Tennessee, where he served as Director of Health Physics from 1944 to 1972.

From his NYT Obit: “He said that the Atomic Energy Commission, the forerunner of the Nuclear Regulatory Commission, had set radiation safeguards and other standards by selectively using information that would support conclusions that had already been reached.” http://www.nytimes.com/1999/06/13/us/karl-z-morgan-91-founder-of-the-field-of-health-physics-dies-in-tennessee.html (emphasis our own here and throughout)

“Tritium is a heavy isotope of hydrogen and a key component of nuclear weapons, but it decays radioactively at the rate of 5.5 percent each year and must be replenished continually. This is accomplished by recycling tritium from exist-ing warheads and by extracting tritium from target rods irradiated in nuclear reactors that are operated by the Tennessee Valley Authority (TVA). Recycled and extracted gases are purified to produce tritium that is suitable for use… Helium-3 Recovery – Tritium radioactively decays to helium-3, which has become a precious commodity. One reason for the tremendous growth in demand for helium-3 is its use in neutron detection equipment that is being installed all over the world to protect our nation and its allies from terrorism. We recover, purify, and bottle this valuable byproduct of tritium. SRS is the sole producer of helium-3 gas in the United States.”