Using the state of emergency declared after Paris terrorist attacks to arrest citizens who they believe might protest during the climate conference clearly violates UN Human Rights criteria which state that measures taken during a state of emergency should be “limited to the extent strictly required by the exigencies of the situation.” Already the announced duration of the state of emergency, into next year, appears excessive. Terrorist attacks are nothing new in France. Given France’s ongoing legacy of abuse in Africa (including uranium mining), along with its participation in the kidnapping of Haiti’s democratically elected president, no one should be surprised that it abuses its own people. Countries who abuse other peoples appear to abuse their own, as well.

French uranium mine in Niger 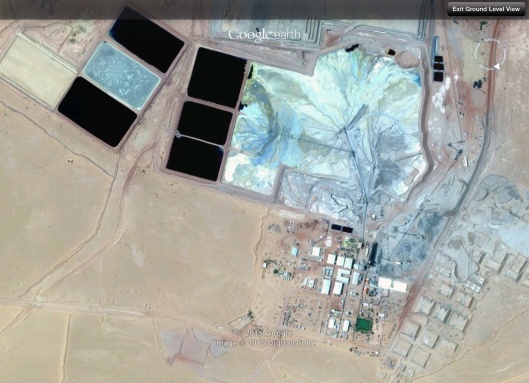 One of the most bizarre things about the recently declared French State of Emergency is that the government was willing and able to search the home of an anti-nuclear activist for warning that the new French nuclear reactor could not withstand a suicide airplane attack (kami-kaze), but the French government alleged that a state of emergency was required to search the homes of terrorists. See: https://fr.wikipedia.org/wiki/Stéphane_Lhomme 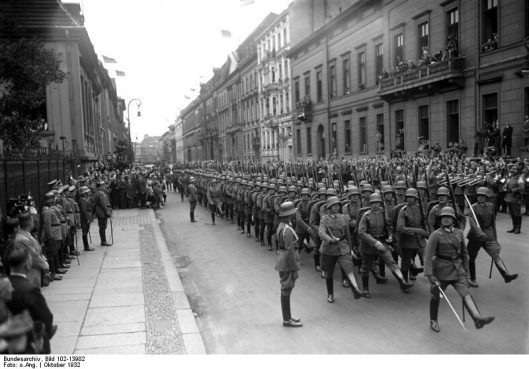 Jackboots of fascism on the march again in France? 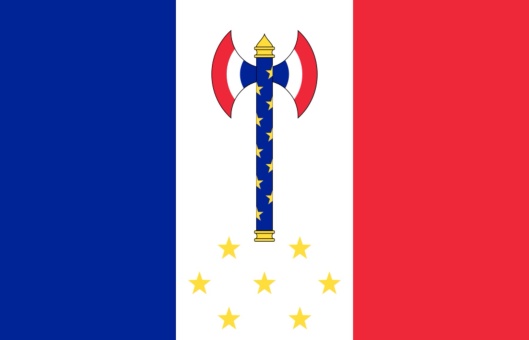 From: “Human Rights Committee, General Comment 29, States of Emergency (article 4), U.N. Doc. CCPR/C/21/Rev.1/Add.11 (2001)“: “4. A fundamental requirement for any measures derogating from the Covenant, as set forth in article 4, paragraph 1, is that such measures are limited to the extent strictly required by the exigencies of the situation. This requirement relates to the duration, geographical coverage and material scope of the state of emergency and any measures of derogation resorted to because of the emergency…” [1]

From Common Dreams:
“France Puts 24 Climate Activists Under House Arrest Ahead of COP21
‘A gross abuse of power that risks turning the summit into a farce’ Published on Saturday, November 28, 2015, by Common Dreams staff

French police have placed 24 activists under ‘house arrest’ ahead of the major UN climate warming COP21 talks starting near Paris next week.

The French interior ministry said Friday the government was trying to prevent the activists from demonstrating ahead of the COP21 conference, but their lawyers and Amnesty International accused the government of abusing the ‘state of emergency’ put into effect after the Paris attacks.

Three of those arrested are accused of belonging to the “radical opposition movement”, according to Agence France Presse.

“They are banned from leaving their home town in western France without special police permission, they must report to a local police station three times a day and remain at their homes between 8:00 pm and 6:00 am until December 12, the day after the talks are due to end.”

The interior ministry says the three individuals have caused “serious disturbances to public order” in the past.

Author and climate change activist, Naomi Klein, accused the French authorities of “a gross abuse of power that risks turning the summit into a farce”.

“Climate summits are not photo opportunities to boost the popularity of politicians. Given the stakes of the climate crisis, they are by their nature highly contested. That is democracy, messy as it may be. The French government, under cover of anti-terrorism laws, seems to be trying to avoid this, shamefully banning peaceful demonstrations and using emergency powers to pre-emptively detain key activists,” Klein told the Guardian.

The activists’ lawyer, Marie Dose, said the state of emergency was being “misused” in their cases. “This is an attack on the right to demonstrate,” she said.

In the wake of the attacks in Paris that killed 130 people on November 13, the government banned all public demonstrations linked to COP21.

Stephan Oberreit, head of Amnesty International France, said the measures taken by the government were “disproportionate”.

“The systematic banning of all meetings linked to COP21 deprives critical voices of an essential outlet to express themselves,” he said in a statement. “Amnesty International believes that banning any gatherings related to the COP21 of Nov. 28 to 30, appears to be a disproportionate interference with the right to demonstrate on this subject, since the date of the rallies is closely related to the holding of the COP21.”

France’s Human Rights League (LDH) on Thursday condemned the decision to place Joel Domenjoud, a member of the legal team for the coalition of protest groups, under house arrest.

Domenjoud, a legal activist, told the Guardian that he had been served with a restraining order wrongly describing him as a “principal leader of the ultra-left movement” just hours after a judge refused to hear an appeal against the ban on the climate demo that he had petitioned for.

“I wasn’t there when they came to my house but my neighbor called me to say ‘What’s wrong? The stairs are full of cops from the first to the third floor!’” he said.

Domenjoud says he was then followed by several undercover officers, before returning home, where he was served with the restraining notice.

“I feel angry about it because I think they made a big mistake,” Domenjoud added. “They weren’t looking for people like us activists – or if they were, it shows that they can target people for no reason at all and our civil liberties are in danger.” CC-BY-SA-3.0 http://www.commondreams.org/news/2015/11/28/france-puts-24-climate-activists-under-house-arrest-ahead-cop21 (Emphasis added)

Note 1: From: “Human Rights Committee, General Comment 29, States of Emergency (article 4), U.N. Doc. CCPR/C/21/Rev.1/Add.11 (2001): “4. A fundamental requirement for any measures derogating from the Covenant, as set forth in article 4, paragraph 1, is that such measures are limited to the extent strictly required by the exigencies of the situation. This requirement relates to the duration, geographical coverage and material scope of the state of emergency and any measures of derogation resorted to because of the emergency. Derogation from some Covenant obligations in emergency situations is clearly distinct from restrictions or limitations allowed even in normal times under several provisions of the Covenant.[2] Nevertheless, the obligation to limit any derogations to those strictly required by the exigencies of the situation reflects the principle of proportionality which is common to derogation and limitation powers. Moreover, the mere fact that a permissible derogation from a specific provision may, of itself, be justified by the exigencies of the situation does not obviate the requirement that specific measures taken pursuant to the derogation must also be shown to be required by the exigencies of the situation. In practice, this will ensure that no provision of the Covenant, however validly derogated from will be entirely inapplicable to the behaviour of a State party. When considering States parties’ reports the Committee has expressed its concern over insufficient attention being paid to the principle of proportionality.[3]” http://www1.umn.edu/humanrts/gencomm/hrc29.html (Emphasis our own).

“Using emergency powers, France puts climate activists under house arrest French authorities place 24 climate activists under house arrest for the duration of the Paris climate summit under precautionary pretenses, but some are calling the government’s detention of potential protesters a violation of free speech.” By Story Hinckley, Staff NOVEMBER 29, 2015 http://www.csmonitor.com/Environment/2015/1129/Using-emergency-powers-France-puts-climate-activists-under-house-arrest

Many thanks to Flying Cuttlefish of the Louisiana Sinkhole Bugle for the heads up: https://lasinkhole.wordpress.com