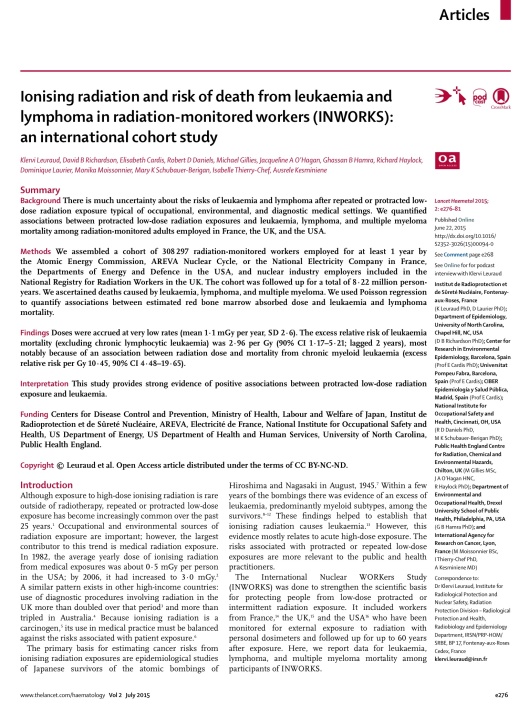 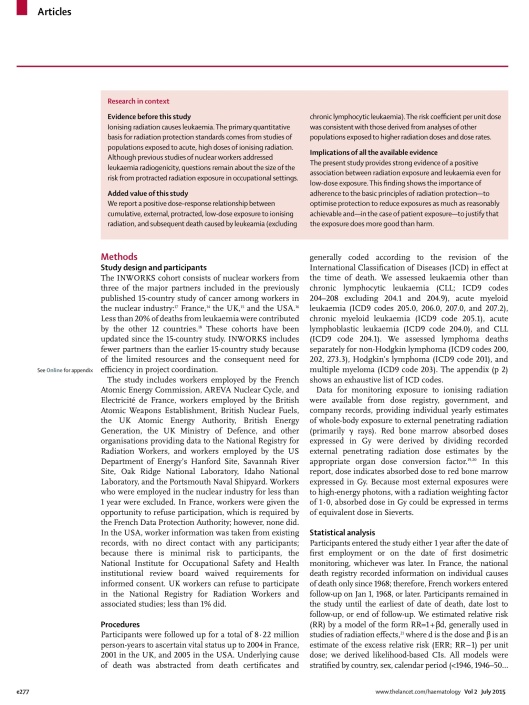 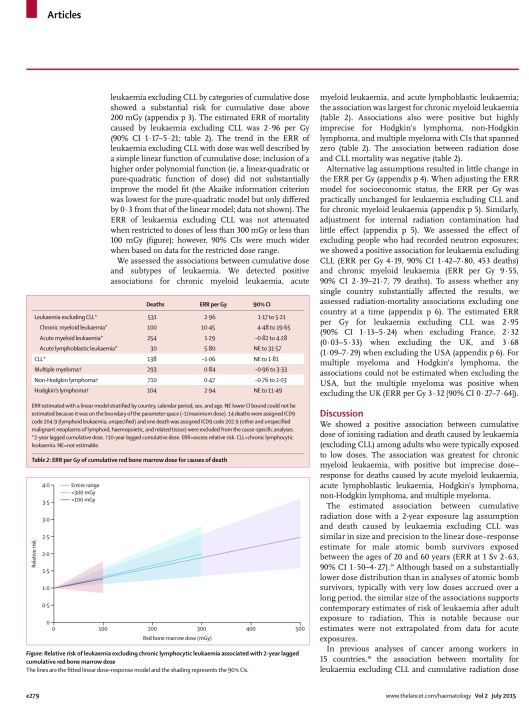 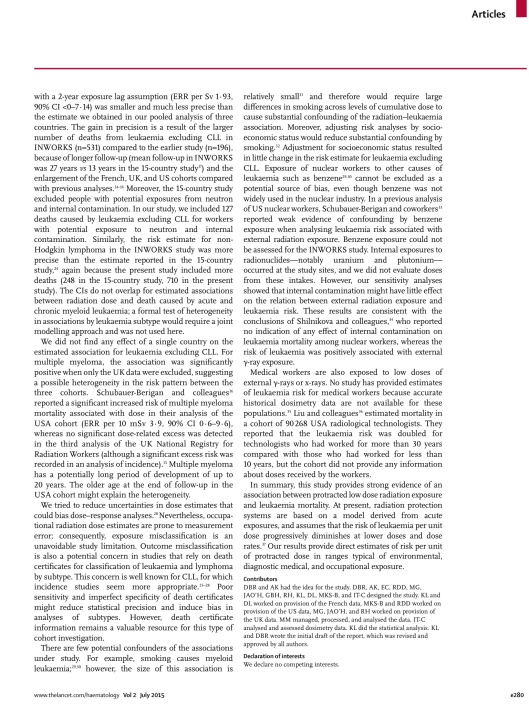 Original pdf found here: http://www.thelancet.com/journals/lanhae/article/PIIS2352-3026%2815%2900094-0/fulltext
NB: This study is about mortality (deaths) and not morbidity (incidence of disease). Not all cases of leukemia are fatal. So, morbidity would almost certainly be higher. As they point out, since this is external radiation with a weighting factor of one, Gy may be expressed in Sieverts (Sv). Therefore average (mean) annual exposure was only 1.1 mSv. [It appears that the flying dot is a decimal and does not mean to multiply]. 1 mSv is often proposed as exposure-level for individuals in the general population, due to the nuclear industry. US Nuclear workers, and others working with ionizing radiation, are allowed 50 mSv per year exposure and ICRP recommends 20 mSv per year for workers (100 mSv averaged over 5 years). The mean is the arithmetic average. The median is half above and half below. 1 Gy is 1000 mGy and in this context 1000 mSv. Note excess relative risk (ERR) of death from chronic myeloid leukemia is thus 10.45 per 1000 mSv or 1 per 100 mSv (See: “Table 2: ERR per Gy of cumulative red bone marrow dose for causes of death”). Note “red bone marrow dose”. Note, as well, that of the 22% who have died already, 3% died from malignant neoplasm of lymphoid and haemopoietic tissues (% of total deaths). Also 2% emigrated or were lost to follow up. Over half of deaths caused by leukaemia (excluding CLL) occurred in those who had accrued less than 5 mGy, (i.e. 5 mSv). Note who funded this study.
For expert commentary on this study see:
http://www.ianfairlie.org/news/new-powerful-study-shows-radiogenic-risks-of-leukemia-50-greater-than-previously-thought/
See also: http://www.japantimes.co.jp/news/2015/07/02/national/science-health/low-dose-radiation-exposure-slightly-increases-leukemia-risk-study/