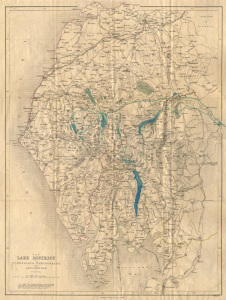 Dear Windermere Now,
Radiation Free Lakeland have been misrepresented in the “Woolly Thinker”
article as having a “not in my back yard mentality”
The much hyped reactors at Moorside would produce less than 2% of the
UKs energy.  This could easily be achieved in far less damaging ways. The
developers Nugen wrongly claimed in every Cumbrian newspaper that the
amount produced would be 7%. In order to clear the decks and dump
radioactive wastes, new undemocratic laws have been put in place. This
is a form of abuse. Radiation Free Lakeland’s view is that geological
dumping of nuclear wastes should not be carried out in anyone’s backyard.

Not in the flat, arid, dry geology of Australia and not here in our
mountainous, complex geology. Geological dumping of nuclear wastes does
not equate to containment. Radioactive gases would be released, lifting
the ground…