“The U.S. Nuclear Regulatory Commission (NRC) is confirming the effective date of June 2, 2015, for the direct final rule that was published in the Federal Register on March 19, 2015“. While the NRC, Holtec’s Kris Singh and other members of the nuclear industry constantly use and abuse ASME (American Society of Mechanical Engineers) standards and fervently wave them hither and yon, the NRC states “Regarding the ASME certification issue, the NRC’s regulations in 10 CFR part 72 do not require DCS system canisters to be ASME-certified.”
https://www.federalregister.gov/articles/2015/06/01/2015-13081/list-of-approved-spent-fuel-storage-casks-holtec-hi-storm-floodwind-system-certificate-of-compliance

Here was the case: https://miningawareness.wordpress.com/2015/04/16/holtec-us-nrc-pushing-for-more-safety-related-exemptions-for-nuclear-dry-cask-storage-2nd-month-in-a-row-holtec-wants-to-avoid-quality-testing-april-20th-nrc-comment-deadline/

Once more, they have made it abundantly clear that nuclear engineering is a fake degree, which gives BS a different meaning than Bachelors of Science, for they demonstrate no understanding of science or scientific method. And, how many graduated from the US Nuclear Navy school where there was at least 7 years of exam cheating?

However, they are surely as, or more, capable of grunt work cleaning up nuclear messes at WIPP, Fukushima, and elsewhere – probably more so than all of the poor homeless and welfare to work people who get stuck cleaning up nuclear messes. Thus, they need to spend their days cleaning up these nuclear messes and nights in jail. The world is short of nuclear workers now, especially at Fukushima. To make up for the shortfall, Japan has apparently upped exposure to 250mSv per year, which means that around 2.5, or more, out of 100 workers will get cancer or leukemia based on this one year of exposure, according to the National Academy of Sciences BEIR report. The NRC and Holtec can be a good source of nuclear grunts.

Holtec was debarred by the TVA due to bribery or extortion. There is no reason to believe that it has changed. Does a leopard change its spots? People rarely change. Once someone has shown themselves willing and able to pay bribes or kickbacks, it is close to certain that they will do so again. Mobutu style spots would suit Holtec owner Kris Singh well. He’s got that third world dictator air about him, doesn’t he? https://miningawareness.wordpress.com/2015/02/05/why-was-holtec-debarred-as-tva-contractor/ If Kris Singh were a paedophile he wouldn’t be allowed near children again, but everyone is ok with bribery and attempts to create a nuclear disaster. The dry casks hold more fuel than operating reactors. 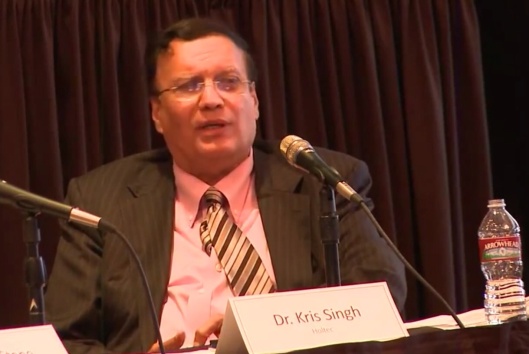 The US NRC is also hiding comments, although not enough people are commenting or they would not dare.

You state that “On July 31, 2013, Holtec submitted a revision request for the Holtec HI-STORM FW System CoC No. 1032, Amendment No. 1 Amendment No. 1, Revision 1, also removes fabrication testing requirements for the thermal expansion coefficient and thermal conductivity of Metamic HT neutron-absorbing structural material.” The reason which you give is “these properties have little variability in this aluminum alloy when fabricated according to the manufacturers manual.” The NRC has really outdone itself here for sheer unmitigated almost laughable stupidity. You are by now an embarrassment not only to America but to the human race. The heights of your stupidity would really be hysterically funny if you were not trying to exterminate America with your criminal actions.

What do you think that testing is for? The entire point of testing is to verify that the materials, the product, has been made according to the “manufacturer’s manual”, otherwise known as specifications! Are you that imbecilic or you think everyone else is? The material defects recently found in Areva’s new reactor pressure vessel, in France, are proof of the need for testing, and of its importance.

Furthermore, the purpose of Metamic is its thermal conductivity and neutron absorbing capacity, which may or may not compensate for its corrosive potential. So, it must be made correctly or not included at all.

You also have thrown in the insane request of restricting the circulation for cooling of the waste.

Does your stupidity know no bounds? Why do you continue to whittle away the safety when there are already so many unknowns about containment of nuclear waste, and what is known is alarming.

Once Holtec has been given its certification there should be no “exemptions”. Instead, you have been giving out “exemptions” for years. Giving these exemptions is fraud. It is all the more fraudulent as you send them through every month or every few months, diminishing safety in the already flimsy cheap casks, and give only one month to comment.

Another of your kickers is that if the NRC doesn’t give a blanket exemption then the NRC will have administrative burden and the licensee have additional costs! You even have the unmitigated gall to say that this increases environmental impact, all while you try to create a catastrophic nuclear accident in the form of a failed Holtec waste cask! “Consequently, any 10 CFR part 72 general licensee that seeks to load spent nuclear fuel into the Holtec HI-STORM FW System in accordance with the changes described in proposed Amendment No. 1, Revision 1, would have to request an exemption from the requirements of 10 CFR 72.212 and 72.214. Under this alternative, interested licensees would have to prepare, and the NRC would have to review, each separate exemption request, thereby increasing the administrative burden upon the NRC and the costs to each licensee. Therefore, the environmental impacts of the alternative to the action would be the same or more than the impacts of the action.” So, go home then, since you don’t want to work. And, may God hurry up and strike you down.
http://www.regulations.gov/#!documentDetail;D=NRC-2014-0275-0009

Here is another comment:
“This is a Comment on the Nuclear Regulatory Commission (NRC) Proposed Rule: List of Approved Spent Fuel Storage Casks: Holtec HI-STORM Flood/Wind System; Certificate of Compliance No. 1032, Amendment No. 1, Revision 1
For related information, Open Docket Folder

How is this a certificate of Compliance?

You can’t eliminate testing for such a critical situation relating to nuclear waste .

How can you make a standard less safe?

Where are the scientists reviews and logical thinking process?

Amendment No. 1, Revision 1, also removes fabrication testing requirements for the thermal expansion coefficient and thermal conductivity which is wrong and there cannot be any reasons for doing this other than political lobbying.

Shame on America for giving in to money and greed.

Also, take care that 99% of Americans don’t even know about this. If they knew, it would cause major revolutionary action. Be very careful NRC, you are taking lightly the lives of millions of people. Are you sure you want to reduce testing and increase risk factors for the general population?

What about restricting the circulation for cooling of the waste? Is anyone at NRC even reviewing these proposals before they go online?

Exemptions are not acceptable on nuclear topics. Period.

Starting doing your homework before posting these unchecked and not acceptable proposals.

Below is their non-reply to the metamic issue. They emphatically did NOT address the metamic issue. If it were made according to specifications, yes, it might be ok, but the only way to SEE if it is up to specifications is to test it! They continue with their B.S., as well, that they need to give a blanket exemption so as not to have to spend time giving individual exemptions! They wouldn’t want Leslie Terry and her underlings to actually have to work! In short, they continue just to reiterate the same non-sensical B.S. that they said before comments were submitted.

One commenter objected that Amendment No. 1, Revision 1, of the HI-STORM FW System CoC would remove fabrication testing requirements for the thermal expansion coefficient and thermal conductivity of Metamic HT neutron-absorbing structural material. The commenter noted that the justification for this change is that these properties have little variability when Metamic HT is fabricated according to the manufacturer’s manual. The commenter asked the NRC what it thinks testing is for if not to verify that the product has been made according to the specifications in the manufacturer’s manual.

This issue was addressed by the NRC staff in its SER, and the commenters do not raise any additional information that would alter the staff’s determination that the HI-STORM FW System, Amendment No. 1, Revision 1, casks, when used within the requirements of the proposed CoC, will safely store SNF. In its March 19, 2015, SER (ADAMS Accession No. ML14276A620), the NRC staff concluded that this was acceptable for this specific application. For a detailed discussion regarding the NRC staff’s evaluation, see Section 4 of the SER.” THIS IS THEIR TYPICAL B.S.! FACTS DO NOT ALTER THEIR WISH TO ALLOW HOLTEC TO EVADE TESTING!

One commenter contended that a general licensee seeking to load spent nuclear fuel into the Holtec HI-STORM FW System in accordance with the changes described in this rulemaking would have to request an exemption from the requirements of 10 CFR 72.212 and 72.214. Another commenter asserted that once Holtec has been given its original CoC, there should be no “exemptions.”

The revisions to Amendment No. 1 of CoC 1032 for the HI-STORM FW System is to provide changes to the cask system so that general licensees do not need to request an exemption from any requirements of 10 CFR 72.212 or 10 CFR 72.214. Like all other proposed CoC amendments or revisions, the general licensee under 10 CFR 72.212(b)(5) will have to perform written evaluations which establish that the cask will conform to the terms, conditions, and specifications of a CoC or an amended CoC listed in § 72.214.”
https://www.federalregister.gov/articles/2015/06/01/2015-13081/list-of-approved-spent-fuel-storage-casks-holtec-hi-storm-floodwind-system-certificate-of-compliance

IN SHORT, AS EXPECTED, THE NRC APPROVED THE PROPOSED HOLTEC B.S. HOWEVER, IT IS SHOCKING TO REALLY SEE IT WRITTEN IT OUT!

THERE ARE A FEW MORE POSTED COMMENTS AND MORE NRC B.S. RESPONSES, BUT WE LEAVE IT TO THE READER TO GO TO THE LINKS.
FOR MANY THEY USED THE EXCUSE THAT THE COMMENTS WERE NOT WITHIN THE SCOPE.

Name then and shame them: the Cheerful Face of Evil

She says that a blanket exemption is required on the grounds that a non-blanket exemption would mean that she and her underlings would have to work! Time to pack them off to WIPP or Fukushima, then she can learn what work is. 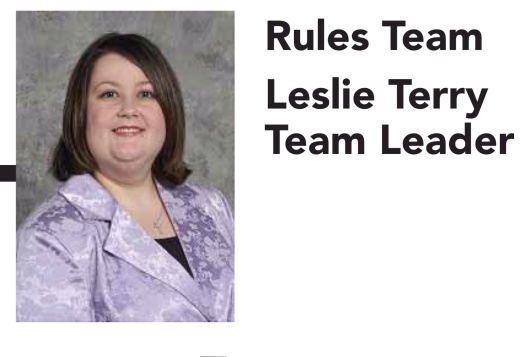