What the Media and Republicans funded by and, in turn, granting subsidies to Big Nuclear, Big Oil, and the Utilities don’t want people to know: The Green Tea Party and TUSK are a return to original American and Republican Party Values of Freedom, in every sense of the word. 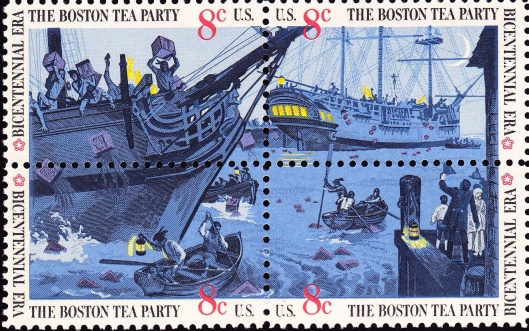 Excerpted from an interview by e360.yale. edu:
“Debbie Dooley: My foray into becoming a strong advocate for decentralized energy began with a fight with a government-created monopoly in Georgia, Georgia Power. I believed that they had far too much power. They received permission that would allow them to bill me, a utility customer, in advance for two nuclear reactors at Plant Vogtle in south Georgia that might never come online. Then I found out that there were massive [construction] cost overruns predicted on these two nuclear reactors. So, to add insult to injury, not only was I paying in advance for nuclear reactors that I may never see the benefit of because I could move out of state or drop dead or whatever, I was also paying for the cost overruns and [Georgia Power was] making a guaranteed profit off of the cost overruns. So it was a fight with a government-created monopoly that led me to do a lot of research into decentralized energy. Now, I support all decentralized energy.

The reason I am so focused on solar now is because I believe that solar empowers the people. I believe that solar equals energy freedom. The average person cannot go out and construct a new power plant, they can’t put a nuclear reactor on their rooftop, they can’t go out and build a big windfarm. But they can install solar panels on their rooftop and become energy independent. Also, during my research I found out that there is nothing more centralized in our nation nor at risk of a terrorist attack than our power grid. The National Energy Regulatory Commission found that a terrorist would just have to take down nine key substations out of more than 54,000 and it would cause a blackout from coast to coast. So that made it even more important and even more vital for me to push for decentralized energy and, in particular, solar.

e360: Describe how the Green Tea Coalition came about, and some of your member organizations.

Dooley: We’re made up of activists from different organizations. During my fight against Georgia Power, I was approached by Sierra Club’s Georgia chapter director, Colleen Kiernan, and some other activists from Sierra Club, and it appeared that we both supported legislation that would cut the profits that Georgia Power makes on the cost overruns of their two nuclear reactors at Plant Vogtle. So we began to work together on that bill. “The Sunshine State has policies put in place by these powerful utilities to stifle competition.’ And Colleen Kiernan also came to me about a Public Service Commission race that was taking place in 2012. She knew that I did not like the Public Service commissioner who was up for reelection because I saw him as a puppet of Georgia Power. So we met for lunch, and we started working together to advocate for the Georgia Public Service Commission to add more solar to Georgia Power’s integrated resource plan.

e360: Why it was important to get more solar energy into the portfolio of that company. In this case, we’re still talking about the grid and a monopoly.

Dooley: The reason that was important is because solar is relatively cheap. Every time a monopoly, a utility has to go out and construct an expensive power plant or nuclear plant, they make a guaranteed profit off of the construction. With solar, there’s no incentive for these utilities to build solar farms and create jobs because they don’t make as much profit because solar farms are a lot more economical than building a new coal plant or a nuclear reactor [the cost of which is passed on to ratepayers]. Georgia Power has finally seen the light as far as solar because they’ve agreed and they supported a third party solar leasing deal that passed the Georgia House of Representatives without one dissenting vote. And it’s expected to pass the Senate. A few months later, Georgia Power wanted to add a tax on solar users. They called it a fee, but we called it a tax. And we worked with Sierra Club to defeat that.” Emphasis our own. The entire interview is here: http://e360.yale. edu/feature/debbie_dooley_interview_why_this_tea_party_leader_is_seeing_green_on_solar_energy/2859/

What Media and Republicans funded by and, in turn, granting subsidies to big nuclear and big oil don’t want people to know: Green Tea and TUSK are a return to American and Republican Party Values

Little known is that the US Civil War was about the unfair economic advantage that slave labor gave an industrializing south, as well as the agrarian south. This made an unfair playing field for both free farmers and businesses which had to pay workers. Surely for some it was about States’ Rights (as Southerners say) and for others an ethical quest to free the slaves (as Northerners allege), but the over-riding reason must certainly have been this unfair competition. The big planters seemed to have been in a constant westward-moving land-grab, as well. They also owned a growing enslaved population, as their slaves had children, who could work the new lands. If some few, not knowing what to do with the slaves, or having ethical qualms, freed them, others were greedy.

“Founded by anti-slavery activists in 1854, the GOP dominated politics nationally and in most of the northern U.S. for most of the period between 1860 and 1932…

Early Republican ideology was reflected in the 1856 slogan “free labor, free land, free men”, which had been coined by Salmon P. Chase, a Senator from Ohio (and future Secretary of the Treasury and Chief Justice of the United States).[19]

“Free labor” referred to the Republican opposition to slave labor and belief in independent artisans and businessmen. “Free land” referred to Republican opposition to plantation system whereby slaveowners could buy up all the good farm land, leaving the yeoman independent farmers the leftovers. The Party strived to contain the expansion of slavery, which would cause the collapse of the slave power and the expansion of freedom.[20] …

Nevertheless, by 1890 the Republicans had agreed to the Sherman Antitrust Act and the Interstate Commerce Commission in response to complaints from owners of small businesses and farmers.” http://en.wikipedia.org/wiki/Republican_Party_(United_States)

Sen. John Sherman (R—OH) was the principal author of the Sherman Antitrust Act: “The Sherman Antitrust Act (Sherman Act,[1] 26 Stat. 209, 15 U.S.C. §§ 1–7) is a landmark federal statute in the history of United States antitrust law (or “competition law”) passed by Congress in 1890. It prohibits certain business activities that federal government regulators deem to be anti-competitive, and requires the federal government to investigate and pursue trusts.

It has since, more broadly, been used to oppose the combination of entities that could potentially harm competition, such as monopolies or cartels.” http://en.wikipedia.org/wiki/Sherman_Antitrust_Act

“After the two terms of Democrat Grover Cleveland, the election of William McKinley in 1896 is widely seen as a resurgence of Republican dominance and is sometimes cited as a realigning election. McKinley promised that high tariffs would end the severe hardship caused by the Panic of 1893, and that the GOP would guarantee a sort of pluralism in which all groups would benefit…

The 1896 realignment cemented the GOP as the party of big business, while Theodore Roosevelt added more small business support by his embrace of trust busting. He handpicked his successor William Howard Taft in 1908, but they became enemies on economic issues. Defeated by Taft for the 1912 nomination, Roosevelt bolted the party and led the third party ticket of the Progressive Party. The party returned to the White House throughout the 1920s, running on platforms of normalcy, business-oriented efficiency, and high tariffs. The national party avoided the prohibition issue after it became law in 1920.

Warren G. Harding, Calvin Coolidge and Herbert Hoover were resoundingly elected in 1920, 1924, and 1928 respectively. The Teapot Dome scandal threatened to hurt the party but Harding died and Coolidge blamed everything on him, as the opposition splintered in 1924. The pro-business policies of the decade seemed to produce an unprecedented prosperity until the Wall Street Crash of 1929 heralded the Great Depression…” Supposedly “Republicans strongly believe that free markets and individual achievement are the primary factors behind economic prosperity. To this end, they advocate in favor of laissez-faire economics, fiscal conservatism,…“ http://en.wikipedia.org/wiki/Republican_Party_(United_States) However, somewhere along the way the Republican Party became a party of big business and big government subsidies for the nuclear industry, big oil, and the military industrial complex; a party which distracted the people with the medical abortion issue and other social topics, while robbing the people blind. The Democratic Party also participates in this robbery, and increasingly so. Traditionally the Republican Party was supposed to be isolationist and not involve itself with imperialist wars, as well.

The nuclear industry is the biggest maker of abortions and formally totally ignores risks of the first 2 weeks of life, which they think don’t matter, even as couples spend money and time to get pregnant. Even for known to be pregnant women the nuclear industry accepts unnecessary exposure. If you have a miscarriage it is termed by doctors an “abortion”. By causing genetic damage-abnormalities the nuclear industry induces miscarriage-abortion, as well as often leading those who are unable to care for a seriously disabled child to seek abortions.