“Public subsidies for companies: $456,000 on average to create a job,
27 JUNE 2013 BY OLIVIER PETITJEAN, Multinationales.org 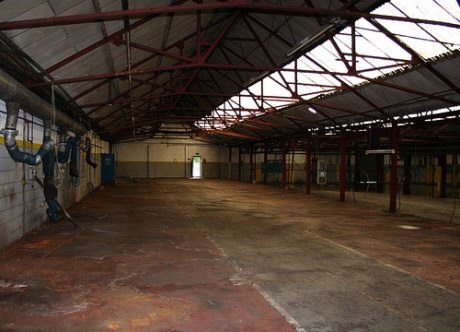 “U.S. local authorities spend fortunes in order to attract factories and big scale industrial projects. A report reveals how these “mega-deals” fare in terms of number of jobs created. The happy beneficiaries include French industrial groups, including nuclear firm Areva, which was granted 276 million dollars to establish a factory that created 250 jobs!

This article was originally published, in a slightly different version, in French. Translation: Ilias Bavaveas.

American states and local authorities spend tens of billions of dollars in financial support and tax credits in order to attract companies. Some big industrial projects, like those of Boeing, General Motors, Nike or Nissan even manage to “pocket” tens if not hundreds of millions of dollars of public subsidies. These sums are pharaonic compared to the small number of jobs actually created. A recent report examines 240 of these “megadeals”, each of them involving public subsidies of more than 75 million dollars in total. Result: for these big scale programs, the average cost for each single job created is no less than 456.000 dollars!

The report – which focuses only on subsidies granted by states and local authorities, not federal support – was published by Good Jobs First, an American NGO promoting transparent and responsible economic development policies. Good Jobs First also publishes the Subsidy Tracker database, which monitors all forms of public support to companies – subsidies, real estate and revenues tax exemptions, loans with low interest rates, etc. The automotive industry is the main beneficary of this support. The report underlines that after the financial crisis, public subsidies to companies have considerably increased both in scale and in volume. Conclusions that confirm an investigation which was published by the New York Times some months before.

Jackpot for Areva, Michelin or Airbus

This sounds very much like a new, insidious kind of wealth transfer from the public to private interests, under the pretext of encouraging investment and job creation. A potential source of inspiration for Medef and François Hollande in France, so as to curb unemployment by lavishing billions of euros? It would be interesting if similar data on public subsidies to companies in France was accessible, but there is very little transparency either at local or national level.

In the U.S. there are many French companies and their American subsidiaries among the beneficiaries of the afore-mentioned “mega-deals”. For instance, Airbus was granted 158.5 million dollars for an assembly factory in Alabama which created 1000 jobs. In other words, 158,500 dollars per job! Michelin received 123 millions in South Carolina in order to create 500 jobs – 246,000 dollars for each job created! But the palm goes to Areva.

This French state company was awarded 276 million dollars in public subsidies and tax exemptions by the state of Idaho in 2008 so as to create an uranium enrichment plant there. The plant, which is still in limbo [1], is expected to create 250 jobs. In other words, more than a million dollars per job!

At the same time, Areva and its subsidiaries have received many millions in subsidies in Virginia and other states. And the nuclear firm is also involved in the construction of a MOX factory in South Carolina for the U.S. federal government. This project is the object of increasing public scrutiny and criticism because of its huge cost overruns. Its total budget is now estimated at 7 billion dollars.

[1] The factory doesn’t exist yet: the date for starting the works is constantly postponed. It seems that despite the public subsidies granted, Areva finds it difficult to find enough financial backing in the post-Fukushima context.” http://multinationales.org/Public-subsidies-to-companies-456, CC-BY-NC-ND