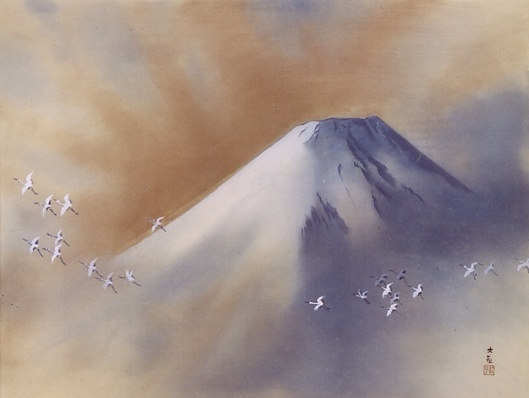 “Memorial Statue of Sadako Sasaki outside the Noborichō Junior High School in Hiroshima, Japan. Noborichō was her Junior High school. This statue was created in 1985. Photo by Chenmingyu, CC-By-SA-3.0, via wikimedia
“Sadako Sasaki
Born January 7, 1943
Kusunoki-cho
Hiroshima, Japan
Died October 25, 1955 (aged 12)
Red Cross Hospital
Hiroshima, Japan
Cause of death
Leukemia” http://en.wikipedia.org/wiki/Sadako_Sasaki
“The thousand origami cranes were popularized through the story of Sadako Sasaki, a Japanese girl who was 24 months old when she was exposed to radiation from the atomic bombing of Hiroshima during World War II. Sasaki soon developed leukemia and, at age 12 after spending a significant amount of time in a nursing home, began making origami cranes with the goal of making one thousand, inspired by the senbazuru legend.”

“Thousand Origami Cranes (千羽鶴 Senbazuru?) is a group of one thousand origami paper cranes (折鶴 orizuru?) held together by strings. An ancient Japanese legend promises that anyone who folds a thousand origami cranes will be granted a wish by a crane. Some stories believe you are granted eternal good luck, instead of just one wish, such as long life or recovery from illness or injury. This makes them popular gifts for special friends and family. The crane in Japan is one of the mystical or holy creatures (others include the dragon and the tortoise) and is said to live for a thousand years: That is why 1000 cranes are made, one for each year.”

“In a popular version of the story as told in the book Sadako and the Thousand Paper Cranes, she folded only 644 before she became too weak to fold anymore, and died on 25 of October 1955; in her honor, her classmates felt sorry and agreed to complete the rest for her. In an alternate version of the story, the Hiroshima Peace Memorial Museum states that she did complete the 1,000 cranes and continued past that when her wish did not come true. There is a statue of Sadako holding a crane in Hiroshima Peace Park, and every year on Obon day, people leave cranes at the statue in memory of the departed spirits of their ancestors.” (Emphasis added) http://en.wikipedia.org/wiki/Thousand_origami_cranes 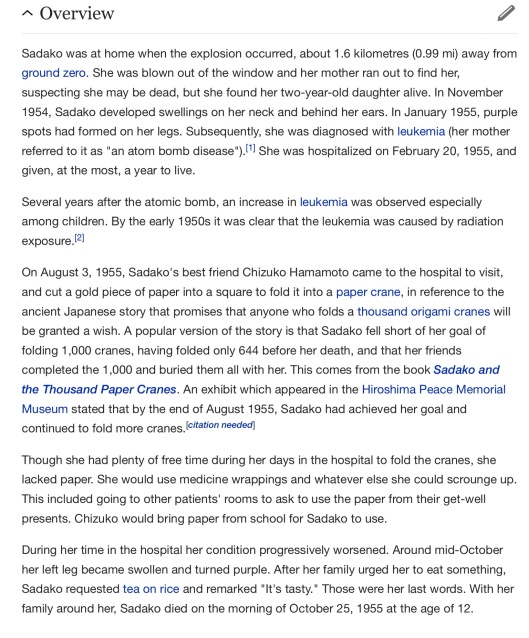 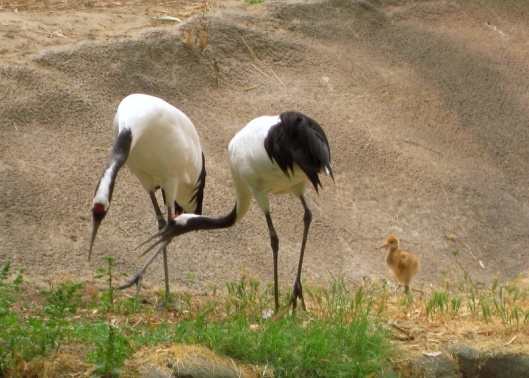 There is no getting around the relationship between Nuclear Power and Nuclear Weapons. The horrifying dangers of nuclear have been attested to in Hiroshima, Nagasaki, and now Fukushima, as well as Chernobyl. Nuclear Power has proven its ability to destroy the world, without Nuclear War. It is also intimately entwined with Nuclear Weapons:

“Nuclear Power and Nuclear Weapons, …birds of the feather…”

Excerpt: “In the early 1950’s it was recognized that the weapons program would require more plutonium than could be furnished by the Atomic Energy Commission (AEC). One suggestion, made by Dr. Charles A. Thomas, then executive vice-president of Monsanto Chemical Company, was to create a dual purpose plutonium reactor, one which could produce plutonium for weapons, and electricity for commercial use.

A 1951 study undertaken by the AEC concluded that commercial nuclear reactors would not be economically feasible if they were used solely to produce electricity; they would be, however, if they also produced plutonium which could be sold.” Entire article found here: http://www.neis.org/literature/Brochures/weapcon.htm
NB: Studies of the survivors of Hiroshima and Nagasaki are still used as the primary models for nuclear “safety” in the nuclear industry. The conclusion remains that there is no safe dose of ionizing radiation.