Why did the Mississippi Public Service Commissioners vote unanimously to oppose a nuclear dump in Mississippi?

Whatever their reasons, nuclear waste in Mississippi is clearly a stupid idea using any objective standards. Apparently, the only reason the US government has targeted Mississippi is the low population density and poverty. Mississippi also has the highest percentage of African Americans of any state. Mississippi has been on the official US nuclear waste “hit list” for about 50 years.

Mississippi is an agricultural state, including tree farming (growing trees).

Mississippi is hot and humid, which would accelerate corrosion of waste barrels, increasing the likelihood of leaks and explosions.

The underground geology is inappropriate and use would conflict with the oil and gas industry there, and could lead to a nuclear accident of state, national and even international proportions. Worse, the US government has wanted to put the waste in a salt dome, most likely in or near Desoto National Forest. We see what salt dome storage looks like in neighboring Louisiana, where one has collapsed and become a (still-growing) sinkhole. What if it were a national nuclear dump?

Above ground storage would certainly create national and international risks because hurricanes frequently come onshore along Mississippi’s coast, and Mississippi is a top state for tornado activity. There are some additional reasons that it is a bad idea, like low educational levels, but that should be sufficient.

Which raises the question: What did Mississippi Governor Bryant drink when he was visiting France-Areva’s notorious nuclear fuel “reprocessing” facility in La Hague, France, that he came back singing and dancing the merits of nuclear waste reprocessing and storage? Unfortunately, whatever it was, Obama, Moniz, Mary Landrieu, and other government officials, acting as nuclear lackey-lapdogs, appear to have imbibed the same thing. Whatever could make someone sell out their own health, the health of their children, and of their state and country? What could make them want to destroy the earth and the creatures therein? Ain’t no telling, but it must be some powerful stuff!

Elvis’ cousin, Commissioner Brandon Presley, led the antinuclear charge and the vote against the dump was carried unanimously. 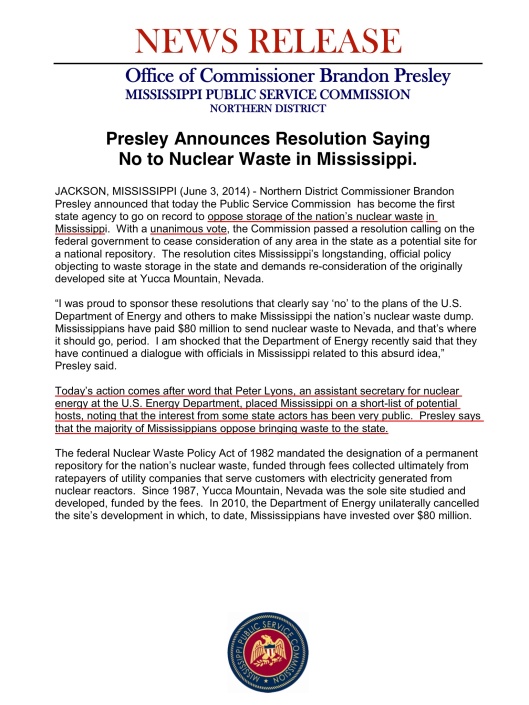 We must mention, as well, that we have read that the strongest opposition to the Yucca Mountain dump came from Las Vegas, because of fears that it would impact visits to Casinos! Does anyone really think that weekend gamblers worry about a little bit of radiation exposure? Does this matter compared to farmers and forests? And, if it is bad for casinos, then what would a Mississippi Nuclear Dump and/or Nuclear Fuel “Reprocessing” facility do for the business of the Mississippi Choctaw Casinos? Or, is it an attempt to finish off the Choctaw Indians? By the way, no alcohol is allowed in the Choctaw Casinos. Maybe the Mississippi governor should visit there, in his own back yard, rather than trotting off to France? 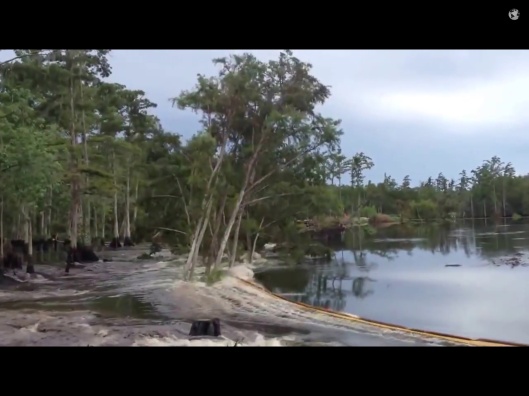 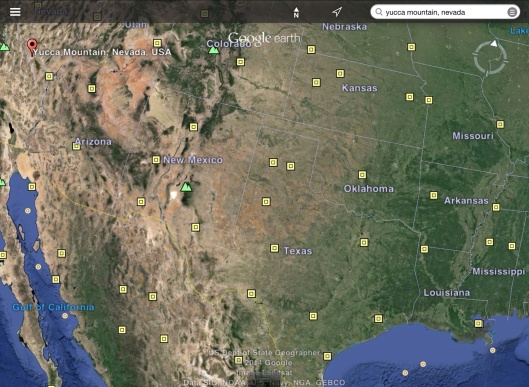 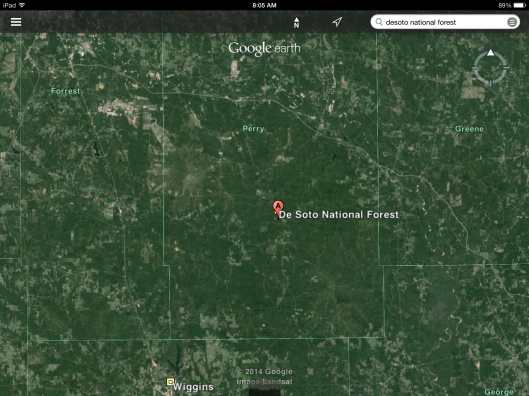 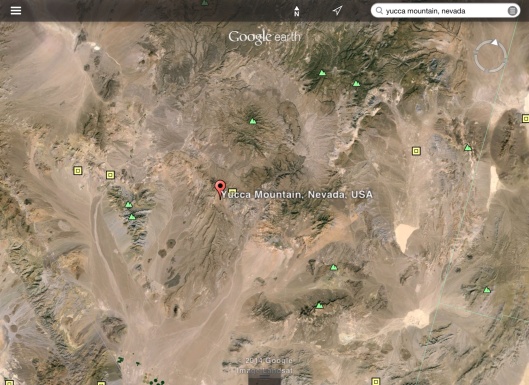 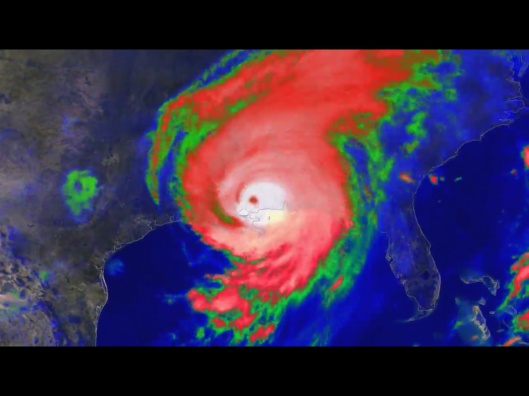 (Technically Katrina’s third landfall was Mississippi, according to wikipedia, and this is after landfall.)
NOAA video of Katrina landfall in Mississippi:http://youtu.be/8A_Eskv9ma4
Tornados per US State 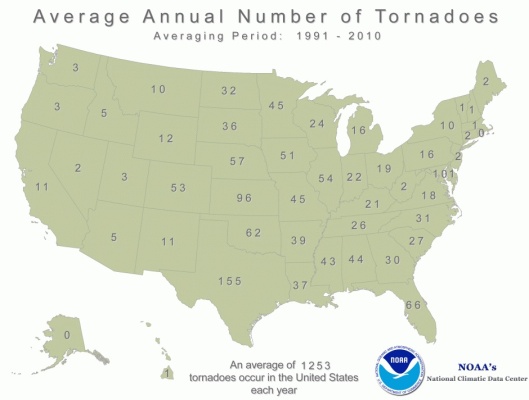 “Wednesday, August 28, 2013
Gov. Bryant, don’t dump nuclear waste on my foot and tell me it’s raining” http://cottonmouthblog.blogspot.ch/2013/08/gov-bryant-dont-dump-nuclear-waste-on.html
Excerpt:
“Why is this important? Areva not only specializes in the production of nuclear power, but also in what it calls the ‘back end’business. Although Areva is a French company, it is the largest nuclear power company in the United States. According to its website, AREVA is present throughout the nuclear power cycle, and almost half of all nuclear waste transported in the country is handled by its subsidiary, TN International.”

Who paid for this trip?

A cursory glance at the so-called Mississippi Energy Institute (MEI) board membership, makes apparent that it is not an institute by and for Mississippi, but rather a get-up seemingly created to impose its will upon the poor people of Mississippi. The CEO of Areva-North America, located in North Carolina, serves on this so-called “Mississippi Energy Institute” board, an example which gives a taste of its composition. Entergy owns the nuclear power plants in Mississippi, so no surprises there that they visited La Hague.