This is the first part of over 500 entries of research reports on the impact of radiation on living beings. The research was funded by the US government, and thus, unknowingly, by the US taxpayer.

The dates here range from 1943 to 1949. To contextualize, the US entered World War II on the 8th of December 1941, after the Japanese bombing of Pearl Harbor on the 7th of December, 1941. Atomic Bombs were dropped on Hiroshima and Nagasaki, Japan, on the 6th and 8th of August, 1945.

We are breaking this long bibliography into multiple parts. In the first part we see a particular concern with the impacts of radiation on blood, but also research on enzymes, metabolism, toxicity, mutations, tissue damage, bone, lethal doses, and more. Experiments were carried out on dogs, rabbits, rats, mice, grasshoppers, and humans.

The dangers of xrays and radium were already well-known by this time. The ability of xrays to induce mutations had already been demonstrated in 1926 by Hermann Joseph Muller. http://en.wikipedia.org/wiki/Hermann_Joseph_Muller That x-rays and radium caused burns and cancer had been long known for even longer.

It is clear from the entries below that the dangers were known, already, by 1949. And, that most subsequent research was simply a waste, and inhumane treatment, of people and animals. Based on what was known about radium and xrays, one can argue that even most of this research was wasteful, as well as inhumane. Similar research has continued now for over 70 years. Why?

The Clinton Lab, mentioned here, was run, in this period by Dupont, then Monsanto, then the AEC, then Union Carbide. http://web.ornl. gov/ornlhome/contractors.shtml It later became Oak Ridge National Lab (ORNL). During the War, and even afterwards, it was called X-10.

We added the yellow and red to the document for emphasis. It is ugly, yes, but fits the period of the bibliography, when highlighters were yellow crayons and red pens. Plus, the yellow is more translucent (which is why it was used even then). 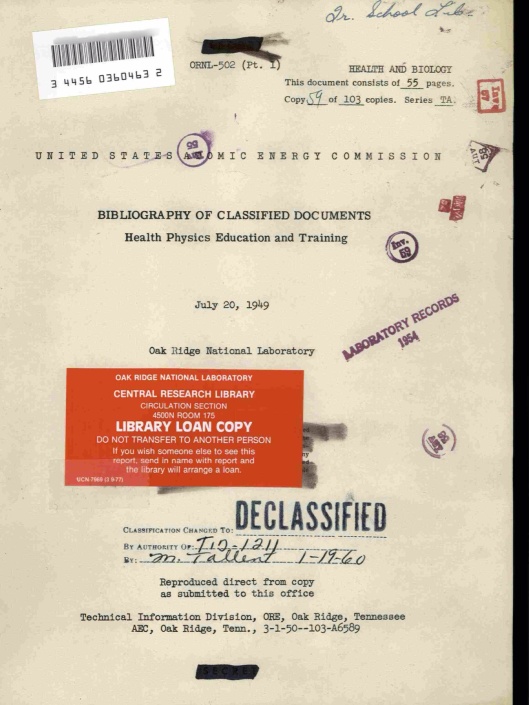 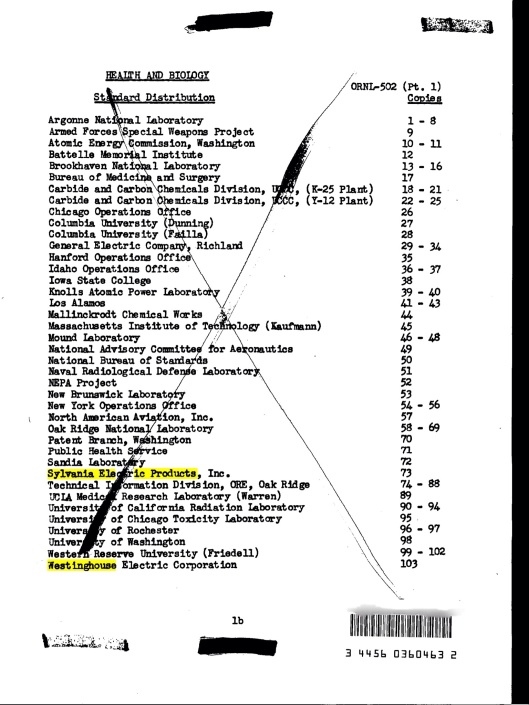 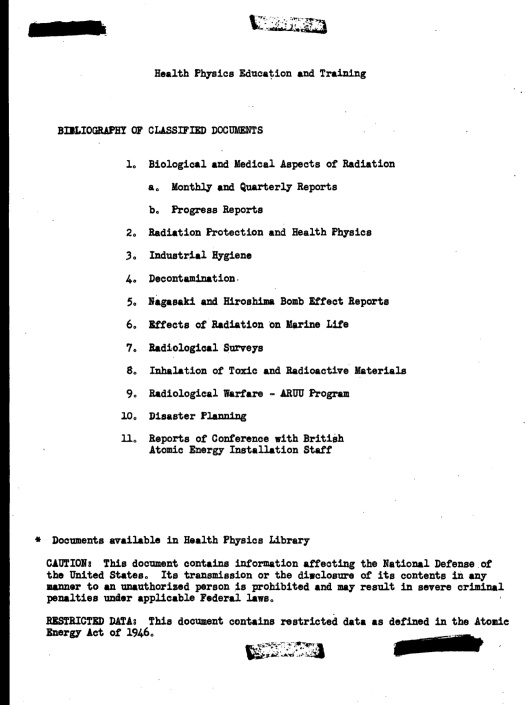 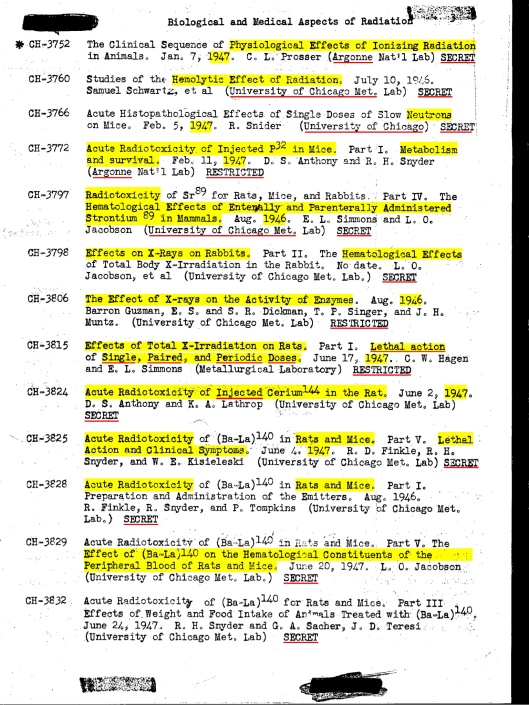 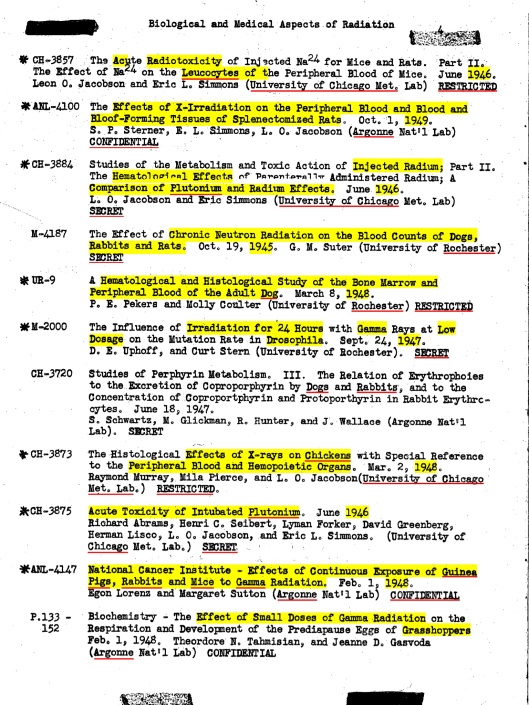 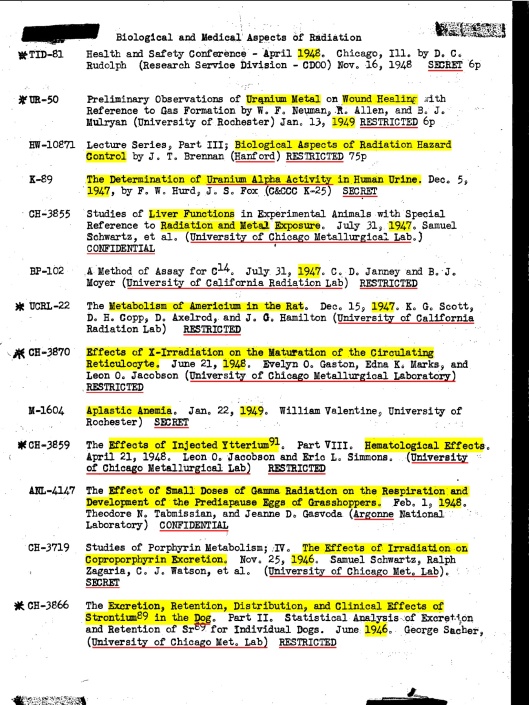 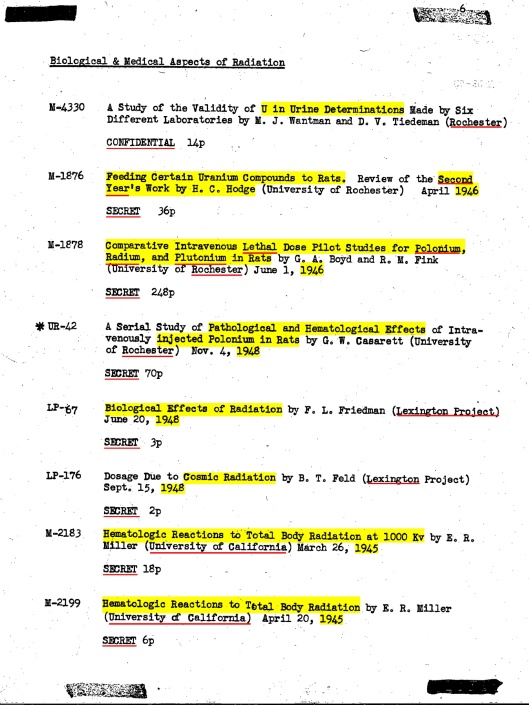 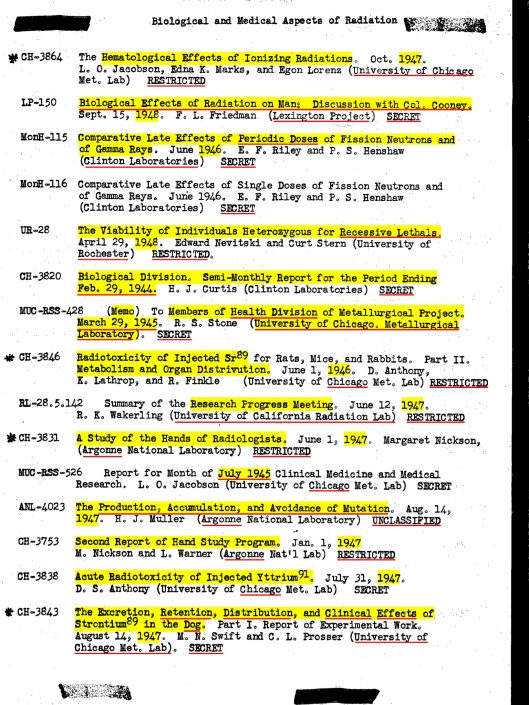 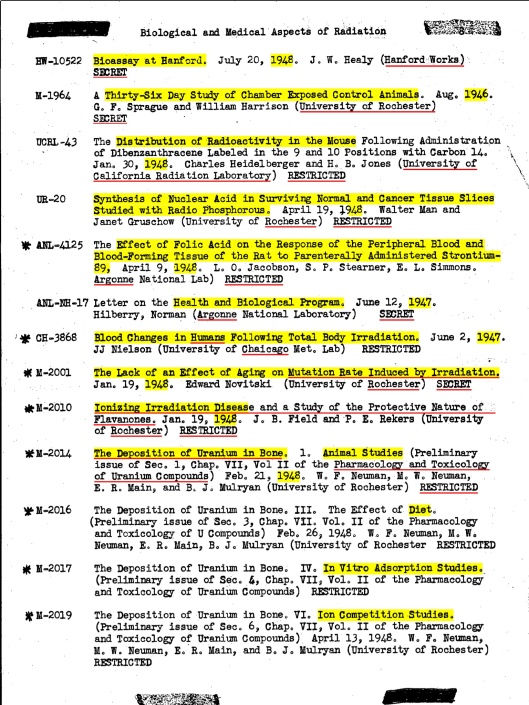 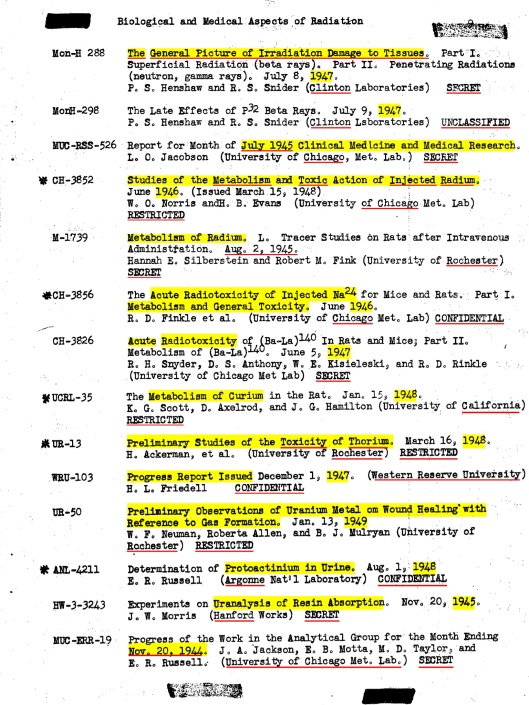