The document below is 35 years old, but even more relevant today. The plutonium in this document is still in the environment, along with Chernobyl and Fukushima plutonium and other plutonium emitted from the nuclear industry, since that time. Were you ever warned about plutonium in your fish and especially in fish whose bones are eaten, like sardines? We were not! We were warned about mercury in tuna, but not about this!

From a US EPA document “Metal Bioaccumulation in Fishes and Aquatic Invertebrates: A Literature Review,” by Phillips and Russo, December 1978. 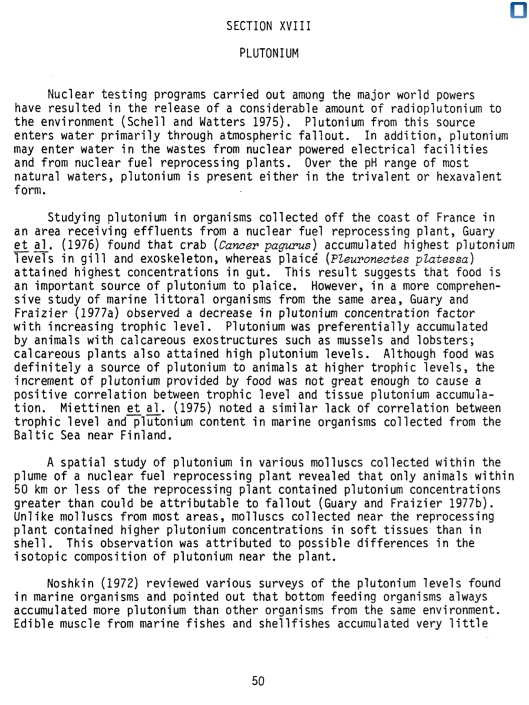 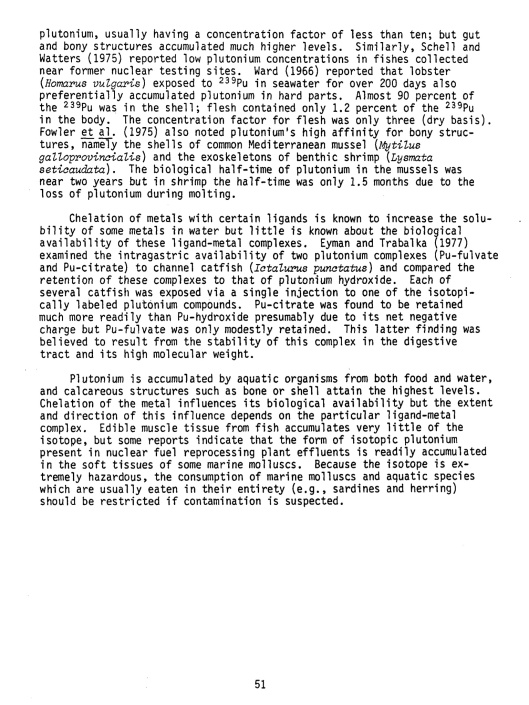 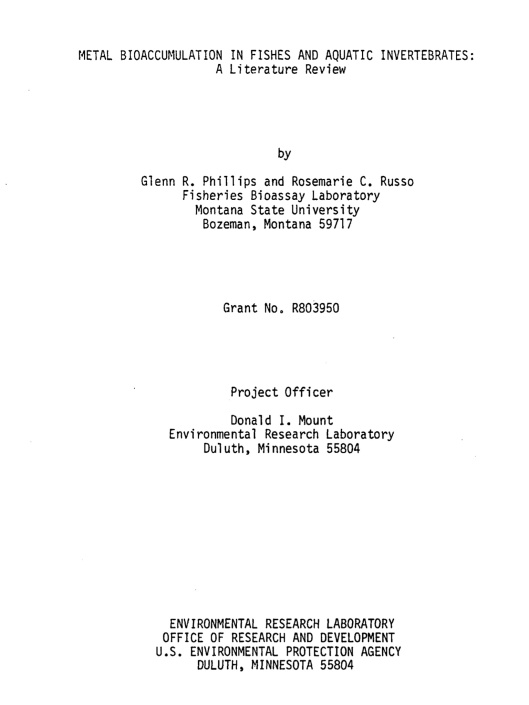 The entire document is available for free online at the US EPA.

The Guary et. al.(1977) document is this:
“Etude comparée des teneurs en plutonium chez divers mollusques de quelques sites littoraux français” By J. C. Guary, A. Fraizier, Marine Biology
June 10, 1977, Volume 41, Issue 3, pp 263-267
“Abstract
Plutonium contents of various species of molluscs sampled from several sites along the French coast were measured in order to reveal any distributional patterns of the plutonium levels. The influence of the La Hague nuclear fuel reprocessing plant was apparent in the immediate proximity of the waste-disposal outfall (Ecalgrain Bay), and to a lesser degree in an oyster farming center situated about 50 km east of the Bay of Ecalgrain (St. Vaast-la-Hougue). Plutonium concentrations in molluscs from the remaining sites were quite comparable to levels that have been measured in similar species subject only to plutonium derived from atmospheric fallout. All molluscs, except those from Ecalgrain Bay, displayed higher levels of plutonium in the shell than in the soft parts, a finding in agreement with similar studies which have been reported recently. However, those individuals sampled from the vicinity of the outfall consistently displayed shell: soft parts plutonium ratios of less than 1. This difference may reflect different physico-chemical forms of this isotope present at the different sampling stations. With the exception of Crepidula fornicata shell, the tissues of filter-feeding molluscs do not appear to concentrate plutonium above the level found in other types of molluscs“. (emphasis added) The document may be obtained here: http://dx. doi. org/ 10.1007/BF00394913 or at a library