Britain’s estimated nuclear stockpile is estimated to be 225 warheads, of which no more than 160 are available to be operational at any time, according to the Bulletin of Atomic Scientists (http://bos.sagepub.com/content/67/5/89.full.pdf+html). The costs of ‘cleanup’ of Sellafield, the site that produced the plutonium for these bombs is now estimated at 67.5 billion pounds, or about 100 billion dollars (http://www.independent.co.uk/news/uk/politics/sellafield-failed-by-private-cleanup-firms-series-of-expensive-mistakes-has-led-to-review-at-nuclear-plant-8735040.html). A modest amount of electricity was produced there, but far short of the cleanup cost, which may yet rise. More than 100 metric tons of plutonium for civilian purposes were produced but have less than zero value. In simple economic terms, the civilian plutonium is a liability not an asset. 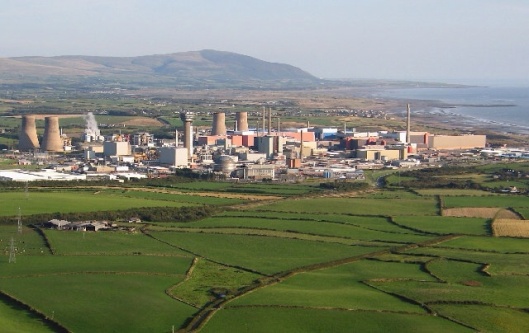 So, as a practical matter, most of the $100 billion must be chalked up as the cost of Britain’s nuclear bombs, since that was the only (arguably) ‘useful’ output. That is roughly $600 million dollars per operational bomb in Sellafield clean up costs alone. Then add remediation of all the other bomb-related sites and the costs of setting up and running the nuclear bomb complex.

In the United States cumulative costs to the year 1996 were about $5.5 trillion (1995 dollars), including not only the bombs, but the delivery systems, personnel, etc. incurred until then. It has been increasing by tens of billions each year since. Cleanup will total hundreds of billions of dollars. And, according to current plans, many sites will be left with significant amounts of contamination. (For an accounting of the U.S. program, See Atomic Audit, Brookings Institute, 1998, ed. Stephen Schwartz. I was one of the authors. It’s available from IEER’s website (http://ieer.org/resource/books/atomic-audit/)

In the meantime, Fuksuhima continues to be an emergency without end – vast amounts of radioactivity, including strontium-90 in the groundwater, evidence of leaks into the sea, the prospect of contaminated seafood. Strontium-90, being a calcium analog, bioaccumulates in the food chain. It is likely to be a seaside nightmare for decades. (Listen to Arjun discuss the ongoing radioactivity leaks in an interview with Living on Earth radio: http://www.loe.org/shows/segments.html?programID=13-P13-00030&segmentID=4)

‘The difficulties we face at Fukushima Daiichi are on par with the difficulties we faced in the wake of World War II. Tepco [the Tokyo Electric Power Company] needs more assistance from others in Japan, me included. We cannot force everything on Tepco; that’s probably not going to solve the problem.’

So nuclear power has gone from a promise of ‘too cheap to meter’ to a disaster like the horrific post-war rubble in Japan. And the biggest bang for the buck that was supposed to be the bomb has become endless bucks for the bang. A sad reminder as we approach the anniversaries of the bombings of Hiroshima and Nagasaki.” http://ieer.org/news/some-reflections-on-nuclear-costs/ Posted on July, 2013. Last modified on August, 2013. Institute for Energy and Environmental Research, © 2013 Original licensed under http://creativecommons.org/licenses/by-nd/3.0/